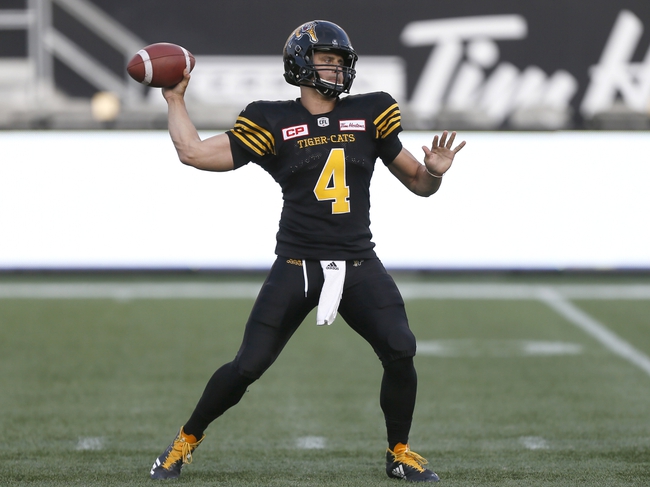 The Line: Tiger-Cats +4 -- Over/Under: 56 Click to Get Latest Betting Odds

The trends suggest taking the Redblacks given the way they cover games dating back to last season, but I'm not sure I can leave free points on the table with a home team when neither club is winning games. Both of these teams have played some rough football to start the season and a combined 1-13-1 SU record is the result. In a game like this, I feel a little more comfortble knowing I have some points in my back pocket.