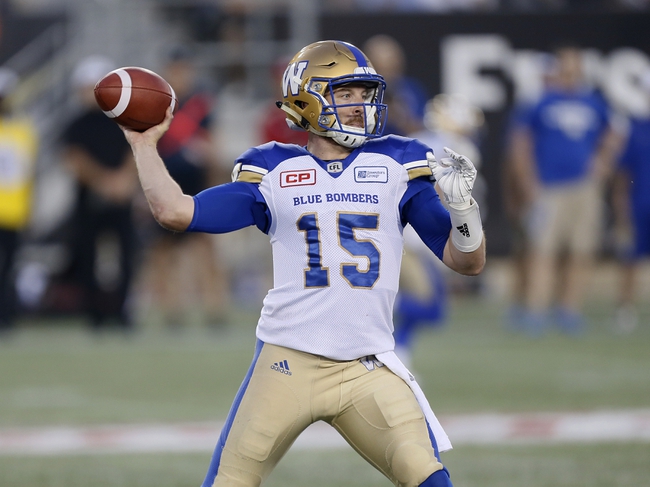 The Saskatchewan Roughriders did win the previous meeting between these two teams, but the Blue Bombers have won four of the last five overall. Winnipeg also hasn't lost back-to-back games yet this season and has played its best football at home. The Roughriders are playing some of the best ball we've seen from them as of late, but I question if they can play at that level on the road, especially in a place they haven't won sice 2014. I'll take the Blue Bombers and the toss-up line at home.