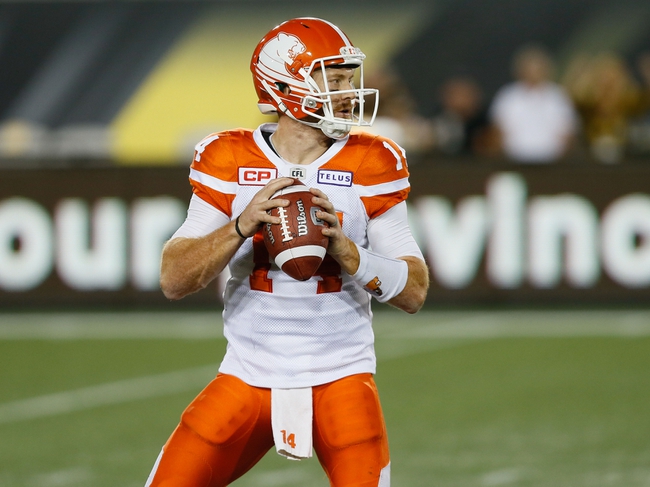 The Hamilton Tiger-Cats and BC Lions meet Friday in CFL action at the BC Place.

The BC Lions could also use a win after losing four of their last five games. The BC Lions have won three of their last four home games. Travis Lulay is completing 73.3 percent of his passes for 1,693 yards, 10 touchdowns and seven interceptions. Lulay and Jonathon Jennings have combined for 16 touchdown passes and 17 interceptions this season. Bryan Burnham and Emmanuel Arceneaux have combined for 1,535 receiving yards and seven touchdowns while Nick Moore has 28 receptions. The BC Lions ground game is averaging 95.9 yards per contest, and Jeremiah Johnson leads the way with 661 yards and eight touchdowns. Defensively, BC is allowing 26.6 points and 377.4 yards per game. Solomon Elimimian leads the BC Lions with 90 tackles, Craig Roh has six sacks and Ronnie Yell has three interceptions.

We know the Hamilton Tiger-Cats are the worst team in the CFL, their numbers are rough on the road and they were slapped around the first time these two teams met this season. However, the BC Lions aren't lighting the world on fire right now, so I'm not sure how confident somebody can be in laying double-digit chalk. Hamilton has found a bit of a running game in its last three games and is being outscored by just 0.7 points during those three games. I wouldn't be shocked if the Lions use this as a game to get back on track, but I see value with the double-digit points.