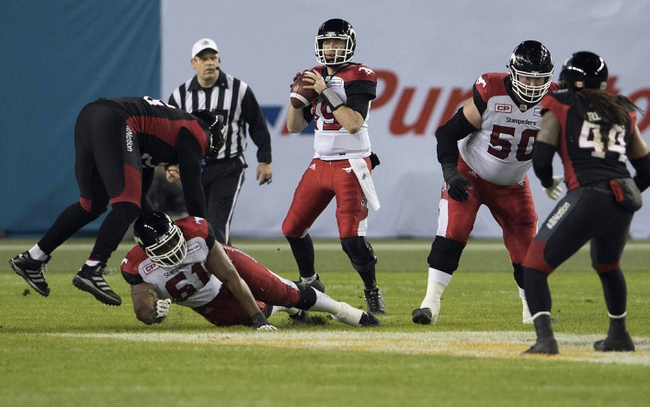 We've made a killing this season just backing Calgary regardless of the spread, as the Stampeders roll the ball out there and just beat up whoever they play week in and week out. But even with Montreal and it's struggles, this is a ton of points to lay and you're opening yourself up to a backdoor cover considering a lot of these recent meetings have been somewhat close. Instead, I'm siding with the over in this contest given how awful the Alouettes have been defensively in their last three games and the fact Calgary averages more than 36 points at home. The Stampeders should get close to this total by themselves.