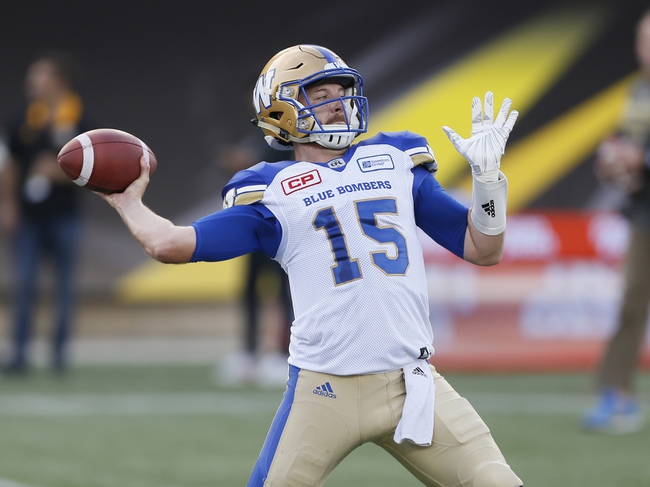 The BC Lions are getting desperate for a victory after losing six of their last seven games. The BC Lions have lost four straight road games. Jonathon Jennings is completing 64 percent of his passes for 2,607 yards, nine touchdowns and 13 interceptions. Jennings and Travis Lulay have combined for 19 touchdown passes and 20 interceptions this season. Bryan Burnham and Emmanuel Arceneaux have combined for 1,790 receiving yards and nine touchdowns while Jeremiah Johnson has 39 receptions. The BC Lions ground game is averaging 96.3 yards per contest, and Johnson leads the way with 787 yards and eight touchdowns. Defensively, BC is allowing 26.6 points and 383.9 yards per game. Solomon Elimimian leads the BC Lions with 108 tackles, Craig Roh has eight sacks and Ronnie Yell has three interceptions.

There's no line yet due to Nichols being questionable with a finger injury. Please check back for a free pick once a line is released.

Randy’s Pick Please check back for a free pick once a line is released.