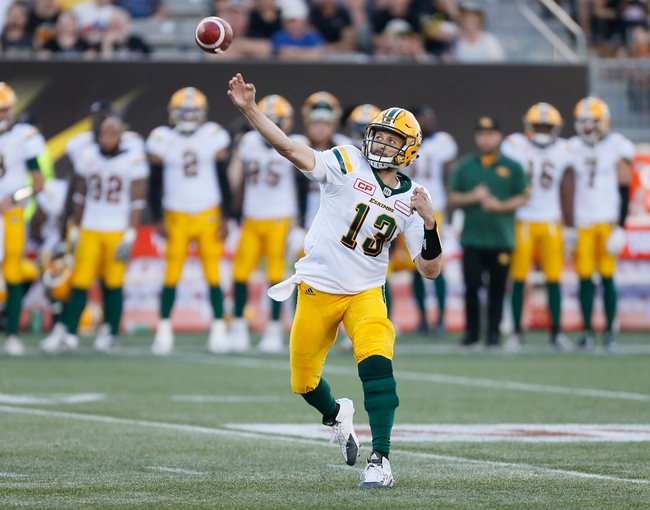 The Line: Eskimos +4 -- Over/Under: 54 Click to Get Latest Betting Odds

The Stampeders are coming off just their second loss of the season despite being a heavy favorite, and they now bring their 3-4-1 ATS record on the road into Edmonton. Calgary has beaten the Eskimos in each of the last four meetings and has owned them against the spread as well over the years. However, this is a bigger game for the Eskimos, as they can improve their seeding possibly if they continue to win, and the last game between these two was decided by three points. Edmonton seems to have a bit of its swagger back and is outscoring teams by nine points during its three-game winning streak. I like the points here.