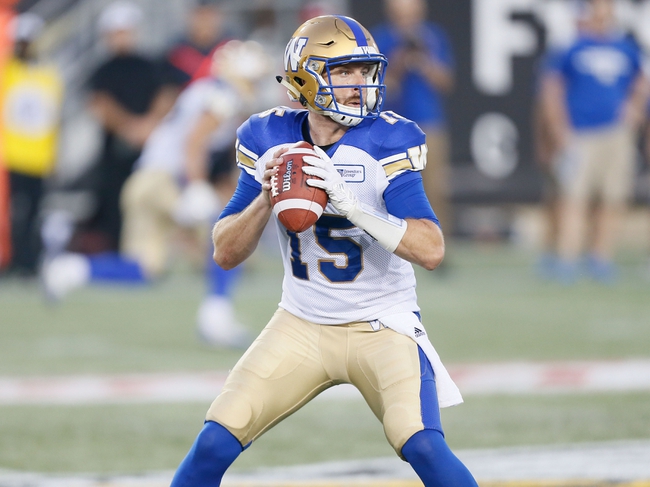 The Edmonton Eskimos hope to redeem themselves after losing in the East Final last year, and they’ve won five straight games. The Edmonton Eskimos have won three straight road games. Mike Reilly is completing 68.3 percent of his passes for 5,830 yards, 30 touchdowns and 13 interceptions. Reilly has two or more touchdown passes in five of his last seven games. Brandon Zylstra and D'haquille Williams have combined for 2,402 receiving yards and nine touchdowns while Vidal Hazelton has 55 receptions. The Edmonton Eskimos ground game is averaging 96.3 yards per contest, and Reilly leads the way with 390 yards and 12 touchdowns. Defensively, Edmonton is allowing 27.5 points and 362.2 yards per game. Kenny Ladler leads the Edmonton Eskimos with 86 tackles, Odell Willis has eight sacks and Johnny Adams has two interceptions.

Winnipeg has won three of the last four meetings against Edmonton and will be playing in front of a packed house given the lack of playoff success recently. The Blue Bombers have been waiting for a moment like this for quite some time, and they have an offense that's going to give the Eskimos some trouble. While Edmonton has played much better football as of late, I'm giving the edge to the Blue Bombers at home in this playoff game.