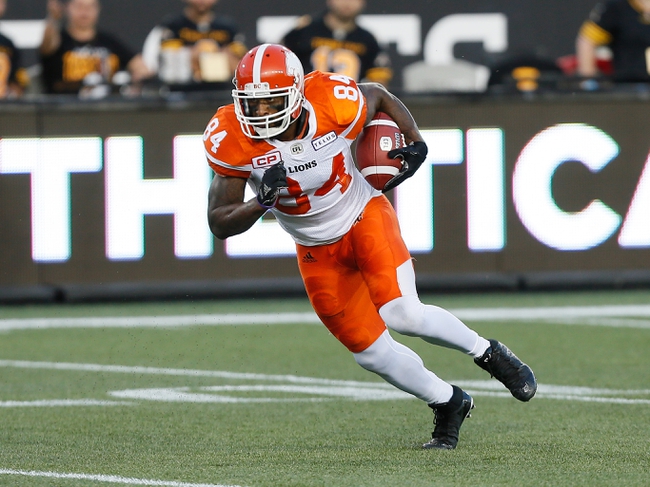 The Montreal Alouettes and BC Lions meet Saturday in CFL action at the BC Place.

The Montreal Alouettes have nowhere to go but up after winning just three games last year and not making the playoffs since 2014. There’s a new coach calling the shots in Montreal in former Green Bay Packers and Texas A&M coach Mike Sherman, a guy who won almost 60 percent of his games in the NFL. The Alouettes still have an experienced quarterback in Drew Willy, and there’s playmakers in Tyrell Sutton, B.J. Cunningham and Ernest Jackson, but this is a unit that finished dead last in total points scored, so there should be concerns. Guys need to step up if this is going to be a different season than past years for Montreal. Defensively, Montreal was also dead last in points allowed, but the return of Branden Dozier and John Bowman do give this side of the ball life and playmakers who are going to hold their teammates accountable. The Montreal Alouettes have won their season opener in each of the last two seasons, so there’s some hope for this club, at least for this game, anyway.

The BC Lions won just seven games last year and missed the playoffs for the first time since 1996. BC was third in the CFL in passing yardage, so it’s only right that a three headed monster in Jonathon Jennings, Emmanuel Arceneaux and Bryan Burnham returns to the field. The BC Lions should be able to move the football and have a lot of offensive success yet again this season. The issue for BC was a defense that allowed 501 points and got very little pressure on the quarterback while making very few game changing plays. Guys such as T.J. Lee and David Ménard are excluded from that bunch, but the BC Lions need more sacks and more turnovers if this season is going to be successful. The BC Lions were below average in nearly every key defensive stat except pass knockdowns, which they led the league with 59. The BC Lions haven’t missed the playoffs back-to-back seasons since 1989-90.

Both of these teams seem to have the guys in place to put up sexy offensive numbers this season and there's been plenty of decent scoring constests between these two teams despite the trend siding the under in recent years. The over has hit in four of the last five Lions' games and the over has hit in three of the last four meetings between the Lions and Alouettes. This total seems a bit too low. Instead of playing with a tricky number, I'm siding with the over in this contest.