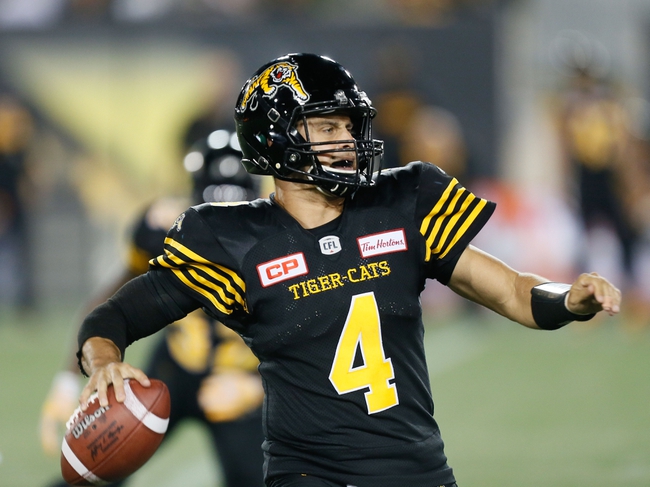 I thought about taking the Roughriders and the free touchdown at home, but they just lost to Montreal, easily the worst team in the league, as 10.5 point favorites. It's hard to remove that loss from your brain and back the Saskatchewan Roughriders the very next week. The Hamilton Tiger-Cats have had a rough schedule to start the season and are sitting with a pretty 2-1 record. Hamilton even hung around with Calagry until running out of gas in the fourth quarter. You have to be impressed with the Tiger-Cats at the moment. I'll lay the chalk on the road.