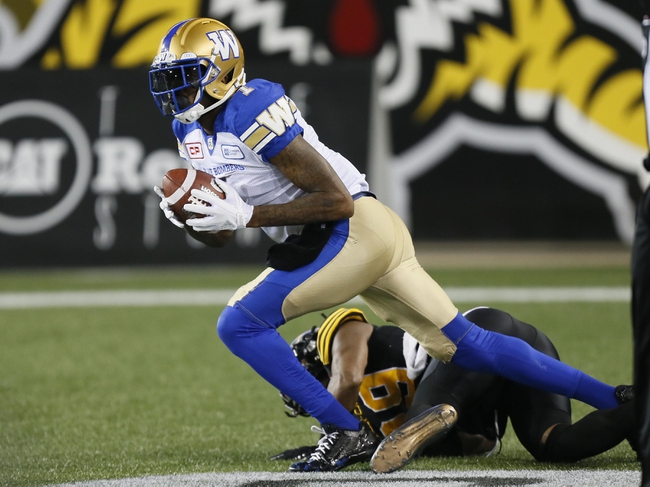 The BC Lions look for their first road victory of the season to get back to a .500 record. The BC Lions have lost five of their last six road games. Jonathon Jennings is completing 68.8 percent of his passes for 382 yards, two touchdowns and one interception. Jennings has two or more touchdown passes in four of his last seven games. Emmanuel Arceneaux and Cory Watson have combined for 183 receiving yards and one touchdown while Shaquille Johnson has three receptions. The BC Lions ground game is averaging 118.5 yards per contest, and Jeremiah Johnson leads the way with 116 yards and one touchdown. Defensively, BC is allowing 25.5 points and 438 yards per game. Solomon Elimimian leads the BC Lions with 17 tackles, Junior Luke has one sack and Garry Peters has one interception.

The road issues continue for the BC Lions, as they've now lost five of their last six and simply blew chances to beat Edmonton last week. BC was off to a terrific start in the first quarter but just couldn't create any real distance and ended up getting waxed in the final three quarters. The Winnipeg Blue Bombers have had trouble at home recently, but they've played well in two of their three games and could easily have a better record. Winnipeg has been one of the better offensive teams through three games and is playing a BC defense that can't stop the pass at all. The Blue Bombers roll in this contest.