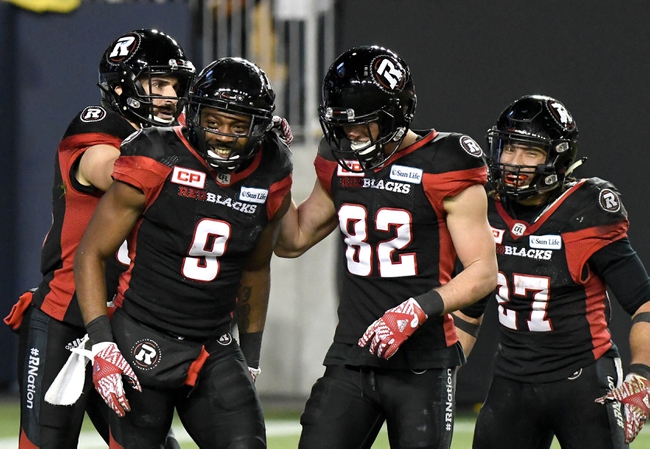 The Ottawa Redblacks look for their second home win of the season to improve to a solid 3-1 record. The Ottawa Redblacks have split their last eight home games. Trevor Harris is completing 62.6 percent of his passes for 822 yards, five touchdowns and two interceptions. Harris has two or more touchdown passes in six of his last seven games. Brad Sinopoli and Greg Ellingson have combined for 512 receiving yards and two touchdowns while Diontae Spencer has 12 receptions. The Ottawa Redblacks ground game is averaging 125.3 yards per contest, and William Powell leads the way with 355 yards and one touchdown. Defensively, Ottawa is allowing 19.7 points and 341.3 yards per game. Antoine Pruneau leads the Ottawa Redblacks with 13 tackles, Michael Wakefield has three sacks and Rico Murray has two interceptions.

The Ottawa Redblacks have only beaten the Calgary Stampeders twice in the last 10 meetings, but a lot of those games have been close, and the home team is 7-1-2 SU in the last 10 meetings. The Stampeders are pretty much who we thought they were, as they're the most consistent regular season team and are always the safe bet. However, the Ottawa Redblacks are off to a strong start in their own right and seem like they're going to be a dangerous offensive side that can run a team out of the bulding at times. At home, this feels like a statement game where the Redblacks will be up to prove a point. I like getting a free field goal here.