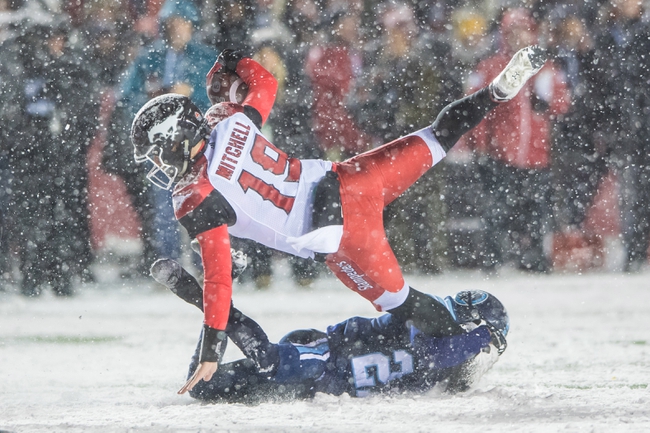 This is a matchup between probably the worst team in the league against the best team in the league, so there's good reason why this line is so high. However, this spread is insanely high and a number I usually don't want to get involved with. You're not giving yourself much wiggle room with a spread this high. The Montreal Alouettes have covered 11 of their last 15 games as a double-digit underdog. The Calgary Stampeders have covered six of their last seven games as a double-digit favorite, but none of those previous numbers were as high as this one. I'd stay away from this game, but if forced to pick, I'm not sure how anybody can turn down 20 free points.