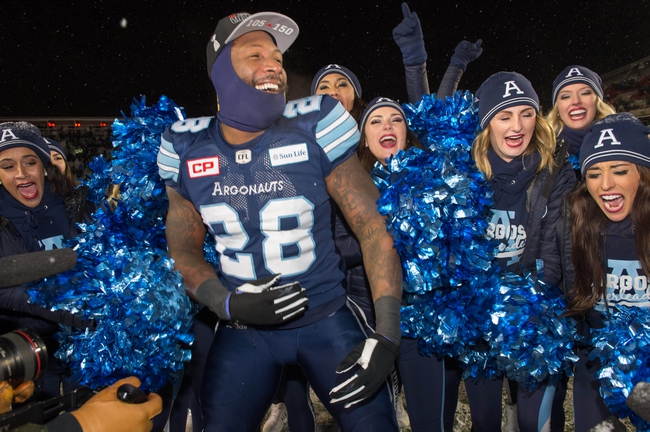 The Toronto Argonauts look for their second home victory of the season to climb out of an early 1-3 hole. The Toronto Argonauts have won five of their last seven home games. James Franklin is completing 68.9 percent of his passes for 580 yards, two touchdowns and two interceptions. Franklin now has a combined 93 pass attempts the last two seasons. S.J. Green and James Wilder Jr. have combined for 423 receiving yards on 37 receptions while Armanti Edwards has 12 receptions. The Toronto Argonauts ground game is averaging 81.2 yards per contest, and Wilder leads the way with 222 yards and two touchdowns. Defensively, Toronto is allowing 25.2 points and 418.5 yards per game. Alden Darby leads the Toronto Argonauts with 19 tackles, Cleyon Laing has three sacks and Ronnie Yell has one interception.

The home team has won seven of the last nine meetings between Winnipeg and Toronto. However, the Toronto Argonauts haven't looked good so far this season and are being outscored by 10 points. The Winnipeg Blue Bombers are coming off a bad loss, but they're still outscoring teams by 9.6 points on the season and have been much more consistent offensively. Winnipeg has also been a money making machine ATS both overall and on the road. In fact, the Blue Bombers have coverd 13 of their last 16 games on the road. In a pick em spot, give me the better team that also has impressive trends in its favor.