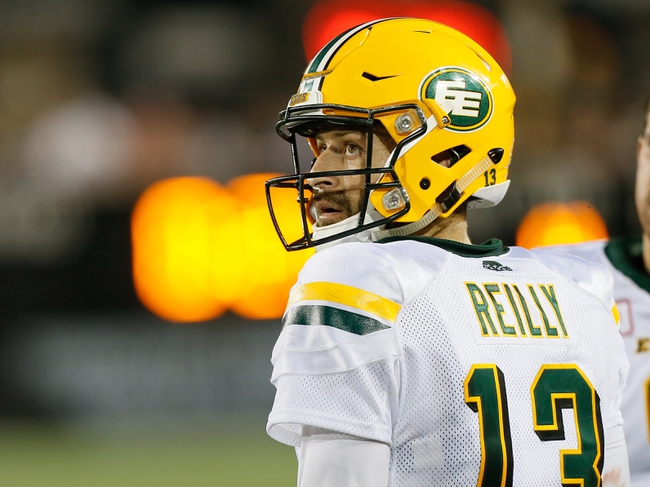 The Edmonton Eskimos look for a third straight victory to build on their impressive 4-2 record. The Edmonton Eskimos have won two of their last three home games. Mike Reilly is completing 68.7 percent of his passes for 2,063 yards, 13 touchdowns and six interceptions. Reilly has one or less touchdown passes in five of his last 12 games. D'haquille Williams and Derel Walker have combined for 1,135 receiving yards and nine touchdowns while Kenny Stafford has 26 receptions. The Edmonton Eskimos ground game is averaging 99.7 yards per contest, and CJ Gable leads the way with 400 yards and one touchdown. Defensively, Edmonton is allowing 24.7 points and 369.8 yards per game. J.C. Sherritt leads the Edmonton Eskimos with 34 tackles, Kwaku Boateng has five sacks and Monshadrik Hunter has one interception.

The Edmonton Eskimos are clearly the better team, but they haven't been great against the number, especially at home. The Eskimos are also just 1-6 ATS in their last seven games as a double-digit favorite. The Saskatchewan Roughriders have covered five of their last nine games as an underdog of at least seven games and don't lose back-to-back games against the number often. Edmonton is also outscoring teams by just one point at home this season. I'll take a shot with the Roughriders and the points.