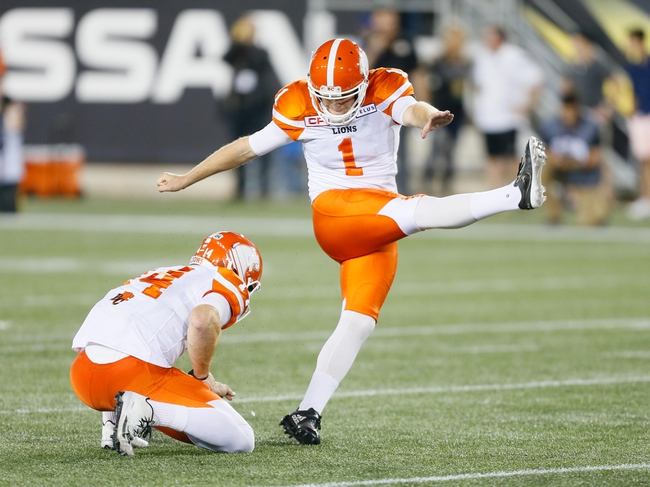 The Edmonton Eskimos and BC Lions meet Thursday in CFL action at BC Place.

The BC Lions need a feel good victory here after losing four of their last five games. The BC Lions have lost four of their last six home games. Travis Lulay is completing 64.3 percent of his passes for 932 yards, four touchdowns and two interceptions. Jonathon Jennings and Lulay have combined for six touchdown passes and five interceptions this season. Emmanuel Arceneaux and Bryan Burnham have combined for 696 receiving yards and two touchdowns while Ricky Collins has 20 receptions. The BC Lions ground game is averaging 98.3 yards per contest, and Jeremiah Johnson leads the way with 272 yards and three touchdowns. Defensively, BC is allowing 27.5 points and 418 yards per game. Garry Peters leads the BC Lions with 27 tackles, Odell Willis has four sacks and Winston Rose has two interceptions.

The Edmonton Eskimos have won eight of the last 10 meetings against the BC Lions and most of those games weren't even close, and that includes a 19-point win back in late June. BC has played a ton of road games this season, so finally coming home should help, but this is a team that's also had issues scoring touchdowns and the defense gives up way too many big plays. Based on the onesided history between these two teams, I'll take the Eskimos by a touchdown.