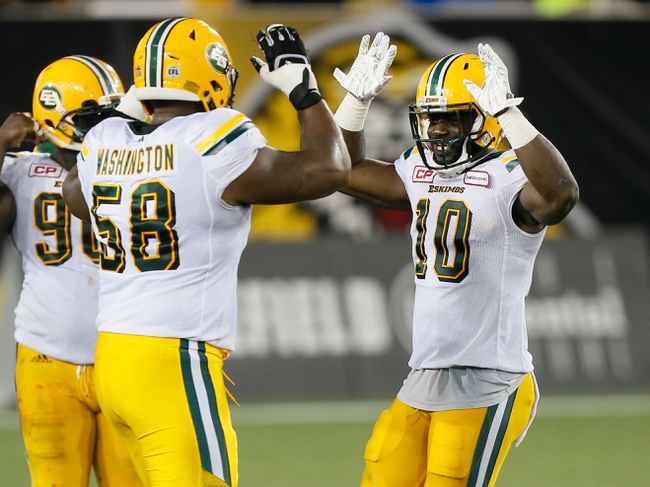 The Montreal Alouettes are easily the worst team in the CFL, and the addition of Manziel hasn't helped much, as he still hasn't thrown a touchdown in two games. Everybody is treating the Alouettes like a punching bag this season and Edmonton did win the game back in July by 21 points. However, laying more than two touchdowns with an Edmonton Eskimos squad that's outscoring teams by just 2.8 points this season and 2.5 points at home, it doesn't seem wise. The Alouettes hung around with Ottawa last week and should be able to do the same as long as they take care of the football. Give me the points.