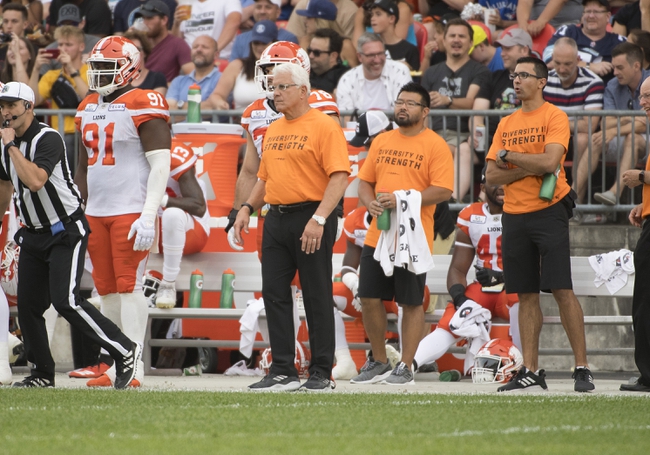 The Saskatchewan Roughriders and BC Lions meet Saturday in CFL action at the BC Place.

The BC Lions could use a feel good victory here after losing five of their last seven games. The BC Lions have won all three home games this season. Travis Lulay is completing 62.3 percent of his passes for 1,456 yards, six touchdowns and four interceptions. Jonathon Jennings and Lulay have combined for eight touchdown passes and seven interceptions this season. Emmanuel Arceneaux and Bryan Burnham have combined for 936 receiving yards and three touchdowns while Ricky Collins has 24 receptions. The BC Lions ground game is averaging 93.2 yards per contest, and Jeremiah Johnson leads the way with 332 yards and four touchdowns. Defensively, BC is allowing 26.5 points and 405.5 yards per game. Boseko Lokombo leads the BC Lions with 35 tackles, Odell Willis has five sacks and Winston Rose has three interceptions.

The Saskatchewan Roughriders are coming off a monster victory over Calgary, and you have to question if this is a bit of a letdown spot for them. BC has won eight of the last 10 meetings against the Roughriders and is outscoring teams by 7.6 points at home this season. We've been suckered in with Saskatchewan after a big win before only to be burned. The Roughriders are good at teasing and not being consistent. I'll take the small line with the Lions at home.