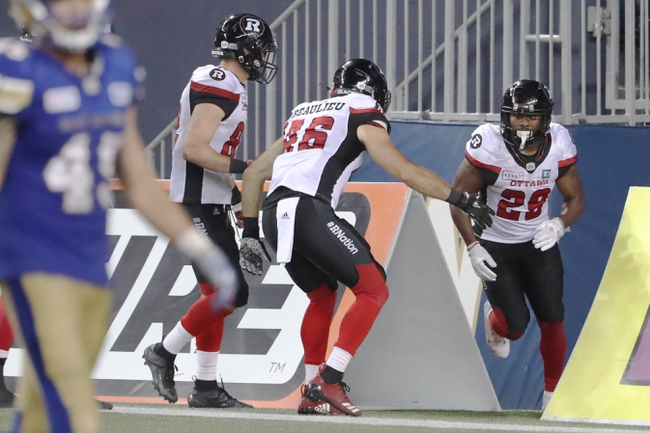 The Montreal Alouettes and Ottawa Redblacks meet Friday in CFL action at the TD Place Stadium.

The Ottawa Redblacks look to stay hot after winning four of their last five games. The Ottawa Redblacks have won three of their last four home games. Trevor Harris is completing 69.6 percent of his passes for 2,735 yards, 10 touchdowns and six interceptions. Harris has two or more touchdown passes in seven of his last 13 games. Brad Sinopoli and Greg Ellingson have combined for 1,358 receiving yards and four touchdowns while Diontae Spencer has 44 receptions. The Ottawa Redblacks ground game is averaging 93.6 yards per contest, and William Powell leads the way with 714 yards and four touchdowns. Defensively, Ottawa is allowing 22.9 points and 373.1 yards per game. Antoine Pruneau leads the Ottawa Redblacks with 39 tackles, A.C. Leonard has five sacks and Rico Murray has three interceptions.

The Ottawa Redblacks are clearly playing better football right now and have already beaten Montreal twice this season by a combined 17 points. However, this is a ton of points to lay with a Montreal Alouettes squad that has improved at quarterback finally and is 4-1 ATS this season on the road. The Redblacks are 1-3 ATS this season at home. While making picks shouldn't be all about trends, it's tough to turn this this large number when you factor in those two numbers.