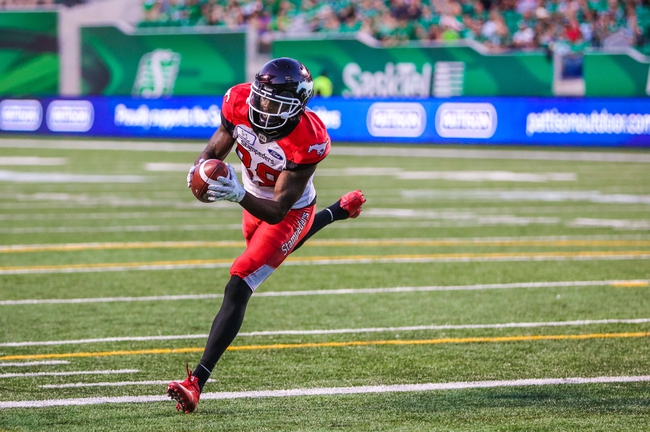 The Edmonton Eskimos look for a big road victory here to avoid back-to-back losses for the first time. The Edmonton Eskimos have lost three of their last four road games. Mike Reilly is completing 67 percent of his passes for 3,296 yards, 22 touchdowns and nine interceptions. Reilly has two or more touchdown passes in seven of his last nine games. D'haquille Williams and Derel Walker have combined for 1,822 receiving yards and 15 touchdowns while Kenny Stafford has 38 receptions. The Edmonton Eskimos ground game is averaging 100.4 yards per contest, and CJ Gable leads the way with 613 yards and two touchdowns. Defensively, Edmonton is allowing 24.7 points and 368.1 yards per game. J.C. Sherritt leads the Edmonton Eskimos with 53 tackles, Kwaku Boateng has five sacks and Forrest Hightower has two interceptions.

The Edmonton Eskimos have been a really solid team this season and two of their last three losses have been decided by three or less points. However, the Calgary Stampeders are who they are, a team that's as consistent as they come, have owned Edmonton in recent meetings and are 5-0 ATS this season at home. I've said before that you can make a nice profit just by blindly backing the Stampeders. Based on what we've seen at home, there's no reason to fade that system.