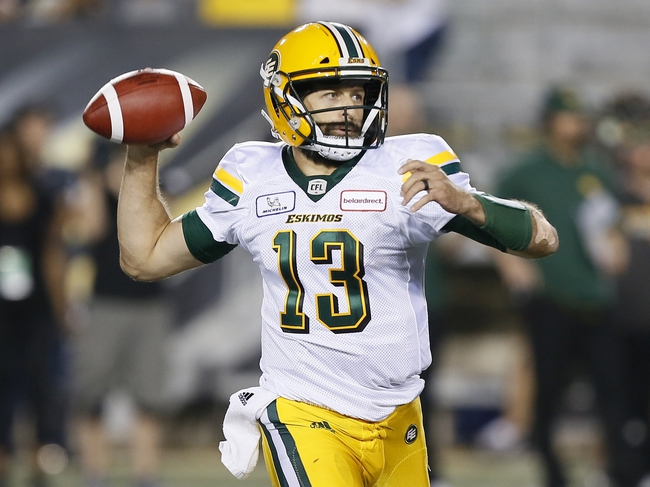 The Calgary Stampeders have been a covering machine over the years and are a team I look to blindly back due to their crazy trends. However, Calagry has kind of cooled off recently against the number, especially on the road. The Edmonton Eskimos have also played their best ball by far at home this season and should feel confident after taking Calgary down to the wire last week. The Eskimos went toe-to-toe with the Stampeders and probably win that game if the offense was able to finish drives in the second half. I'll take a shot with Edmonton and the free points.