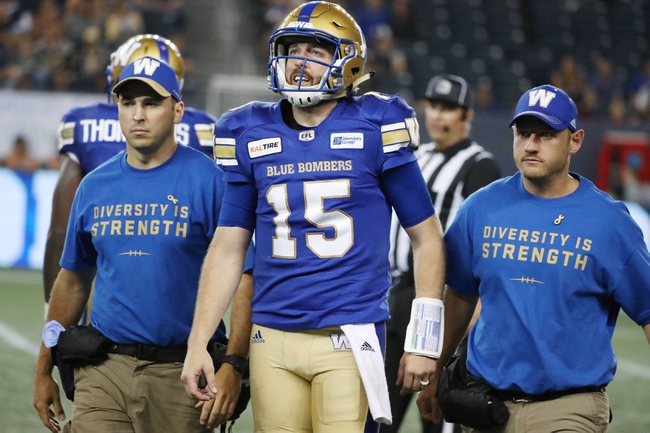 The Winnipeg Blue Bombers have won eight of the last 10 meetings against the Montreal Alouettes, which includes a 46-point victory in the last matchup back in June. Montreal is also being outscored by 13.9 points on the season, so while eating all this chalk with a team that's lost four straight doesn't seem like the best idea, the Alouettes have been the worst team in the league from the start and has been getting beat up often. I'll take the Blue Bombers in another blowout victory, getting a much needed victory at home.