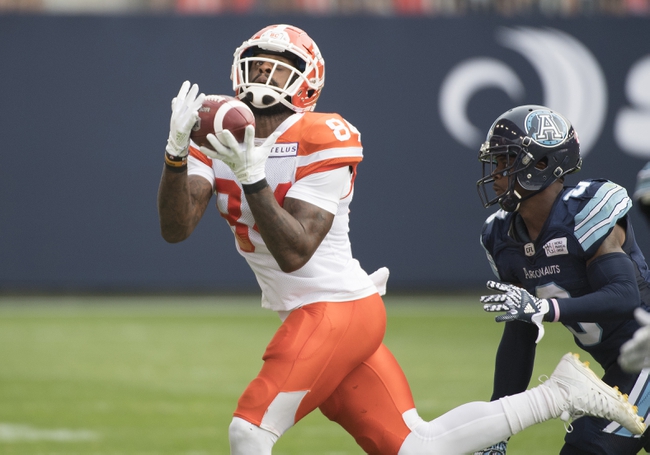 The Hamilton Tiger-Cats and BC Lions meet Saturday in CFL action at BC Place.

The BC Lions look for a spark of consistency in hopes of getting back to a .500 record. The BC Lions have won four of their last five home games. Travis Lulay is completing 61.4 percent of his passes for 1,845 yards, eight touchdowns and four interceptions. Jonathon Jennings and Lulay have combined for 12 touchdown passes and eight interceptions this season. Bryan Burnham and Emmanuel Arceneaux have combined for 1,183 receiving yards and six touchdowns while Ricky Collins has 45 receptions. The BC Lions ground game is averaging 91.5 yards per contest, and Jeremiah Johnson leads the way with 484 yards and five touchdowns. Defensively, BC is allowing 24 points and 370.5 yards per game. T.J. Lee leads the BC Lions with 51 tackles, Odell Willis has nine sacks and Winston Rose has four interceptions.

The BC Lions have won four of the last five meetings against the Hamilton Tiger-Cats, and they're outscoring teams by 6.4 points at home this season. BC is also an impressive 4-1 ATS at home this season. Hamilton has had issues on the defensive end as of late, allowing 32 points in its last five games, which is 7.3 more points than its season average. I'm going to take my chances with BC and the free points at home.