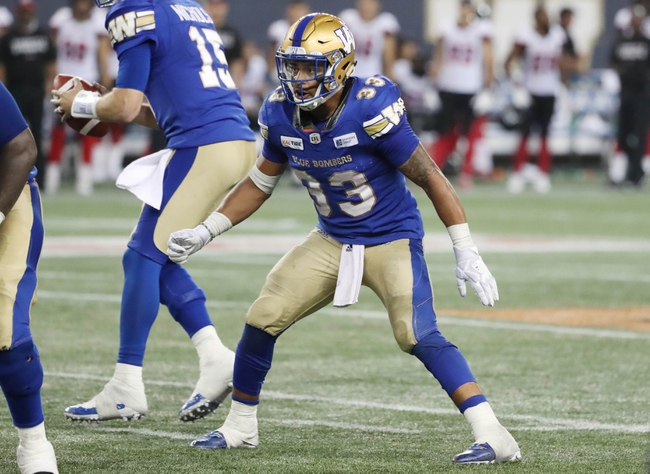 The Saskatchewan Roughriders have won both games this season against the Winnipeg Blue Bombers and have been the better, more consistent team all season long. Yes, Winnipeg is playing its best stretch of football right now and probably has a little bit mor to play for in the wide open West, but we're getting free points with the better team. I don't turn down spots like this often and I'm not going to do it here.