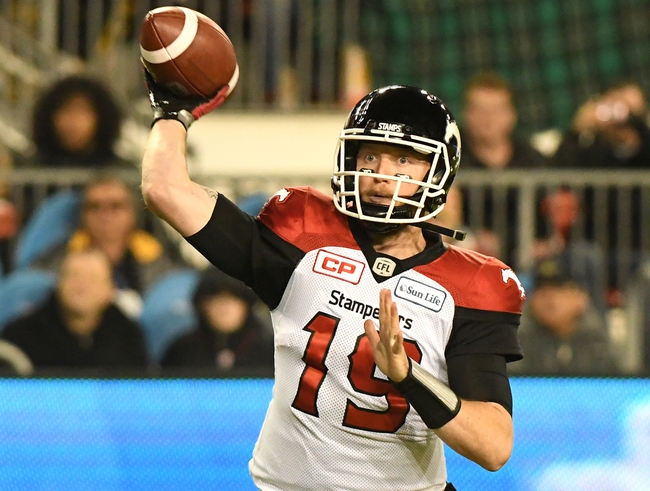 We're getting a ton of points with a good Saskatchewan Roughriders team here. The Calgary Stampeders have had a couple of hiccups recently, as they're coming off an outright loss to the BC Lions despite being double-digit favorites, the offense is banged up and they're only 4-4 ATS at home this season. The Saskatchewan Roughriders beat the Stampeders in the last meeting and have been stingy defensively as of late. I'm not going to turn down all these points with possibly the team that's in a better position down the stretch.