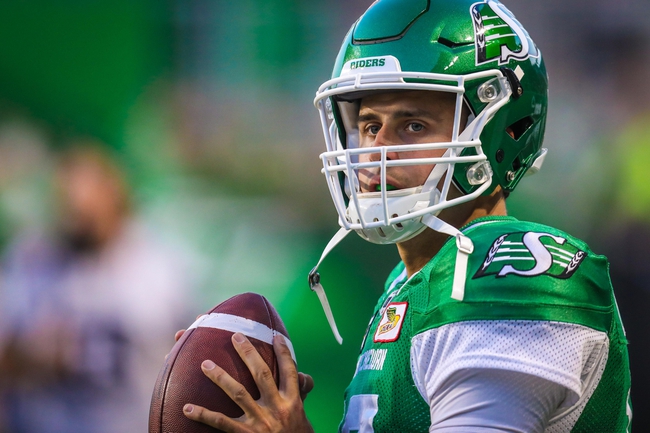 The BC Lions and Saskatchewan Roughriders meet Saturday in CFL action at Mosaic Stadium.

The BC Lions look to keep the ball rolling after winning six of their last seven games. The BC Lions have lost six of their last eight road games. Travis Lulay is completing 61.1 percent of his passes for 2,289 yards, 12 touchdowns and seven interceptions. Jonathon Jennings and Lulay have combined for 20 touchdown passes and 14 interceptions this season. Bryan Burnham and Ricky Collins have combined for 1,515 receiving yards and 10 touchdowns while Emmanuel Arceneaux has 32 receptions. The BC Lions ground game is averaging 99.5 yards per contest, and Jeremiah Johnson leads the way with 633 yards and five touchdowns. Defensively, BC is allowing 25.8 points and 361.3 yards per game. T.J. Lee leads the BC Lions with 76 tackles, Odell Willis has 10 sacks and Winston Rose has five interceptions.

Both of these teams are playing solid football down the stretch as they gear up for the playoffs, but it's the Saskatchewan Roughriders who are probably in the best form of any team in the league. The Roughriders have lost just three game since August and the offense has become far more balanced once Mason started getting consistent carries. With Calgary struggling with injuries, you can make a strong case the Saskatchewan Roughriders should be the favorites to win the Grey Cup. Give me the home team and the reasonable chalk.