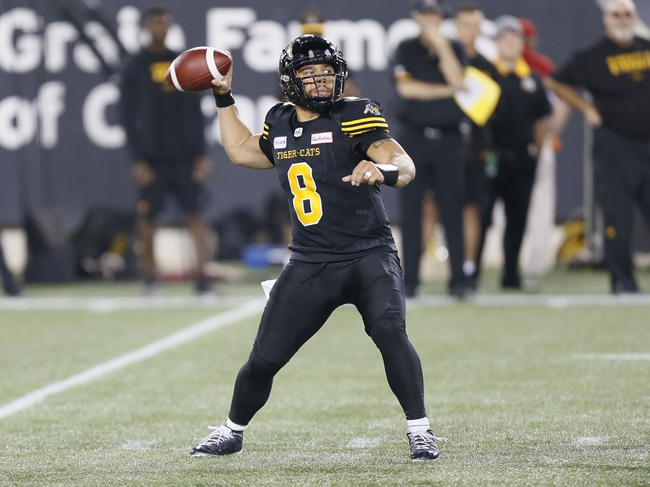 The BC Lions and Hamilton Tiger-Cats meet Sunday in the CFL East Semifinal at Tim Hortons Field.

The BC Lions head into the postseason splitting their last six games. The BC Lions have lost five of their last seven road games. Travis Lulay is completing 60.1 percent of his passes for 2,494 yards, 13 touchdowns and 11 interceptions. Jonathon Jennings and Lulay have combined for 21 touchdown passes and 18 interceptions this season. Bryan Burnham and Ricky Collins have combined for 1,640 receiving yards and 11 touchdowns while Emmanuel Arceneaux has 32 receptions. The BC Lions ground game is averaging 94.4 yards per contest, and Jeremiah Johnson leads the way with 633 yards and five touchdowns. Defensively, BC is allowing 26.3 points and 361.1 yards per game. T.J. Lee leads the BC Lions with 81 tackles, Odell Willis has 11 sacks and Winston Rose has five interceptions.

The BC Lions have won five of their last seven games against the Hamilton Tiger-Cats, and they head into this game in much better form. The Hamilton Tiger-Cats are being outscored by 7.7 points during their three-game losing streak and the defense has dipped quite a bit. Hamilton is also just 3-6 ATS at home this season. So, while home field does play a big role come playoff time, I have to give the edge to the BC Lions in this game.