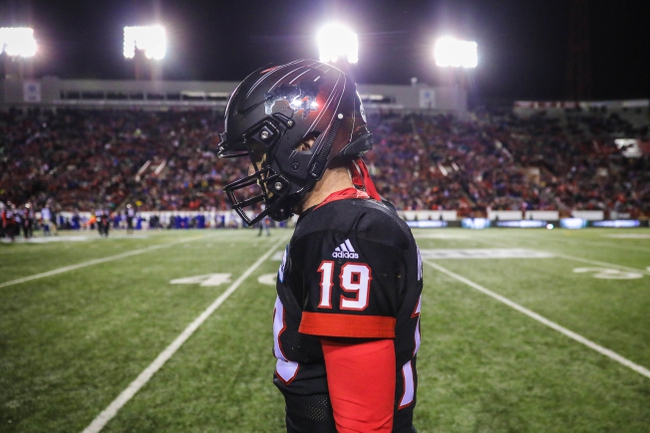 The Calgary Stampeders and Ottawa Redblacks meet Sunday in the CFL Grey Cup at Commonwealth Stadium.

The Calgary Stampeders are coming off an eight-point win over the Winnipeg Blue Bombers and have won seven of their last 11 games overall. The Calgary Stampeders look for their eighth Grey Cup and fourth since the 2011 season. Bo Levi Mitchell is completing 60.9 percent of his passes for 5,124 yards, 35 touchdowns and 14 interceptions. Levi Mitchell has two or more touchdown passes in 14 of his last 24 games. Kamar Jorden and DaVaris Daniels have combined for 1,691 receiving yards and 13 touchdowns while Juwan Brescacin has 35 receptions. The Calgary Stampeders ground game is averaging 98.4 yards per contest, and Don Jackson leads the way with 924 yards and three touchdowns. Defensively, Calgary is allowing 19.8 points and 338.4 yards per game. Alex Singleton leads the Calgary Stampeders with 123 tackles, Micah Johnson has 14 sacks and Emanuel Davis has four interceptions.

The Ottawa Redblacks are coming off a beatdown of the Hamilton Tiger-Cats and have won six of their last eight games overall. The Ottawa Redblacks have a chance to win their second Grey Cup in franchise history and the first since 2016. Trevor Harris is completing 70.1 percent of his passes for 5,116 yards, 22 touchdowns and 11 interceptions. Harris has two or more touchdown passes in 10 of his last 21 games. Brad Sinopoli and Greg Ellingson have combined for 2,462 receiving yards and nine touchdowns while Diontae Spencer has 81 receptions. The Ottawa Redblacks ground game is averaging 93.8 yards per contest, and William Powell leads the way with 1,362 yards and six touchdowns. Defensively, Ottawa is allowing 23.5 points and 377.3 yards per game. Corey Tindal leads the Ottawa Redblacks with 73 tackles, A.C. Leonard has six sacks and Jonathan Rose has five interceptions.

The Calgary Stampeders have choked in the last two Grey Cups, as they were heavily favored in both games and lost both in heartbreak fashion. Some would say the Stamps can't possibly lose three in a row when they're widely considered the best team in the league and have all of the experience in big games. However, the Ottawa Redblacks head into this game with quite the momentum and have been clicking better than they have all year on the offensive side of the ball. There's also history of these two teams playing close games, and while Calgary won both meetings this year by double digits, four of the last seven meetings have been decided by four or less points, and two of those games were ties. Calgary is banged up and if it gets down early, it could be another case of here we go again. Give me the points.

The pick in this article is the opinion of the writer, not a Sports Chat Place site consensus.
Previous Pick
Ottawa Redblacks vs. Hamilton Tiger-Cats CFL Pick, Odds, Prediction - 11/18/18