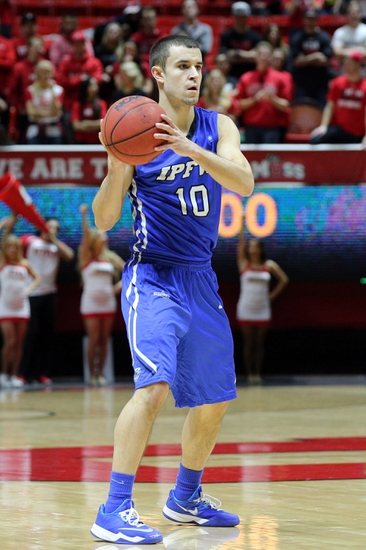 The IPFW Mastodons and San Diego State Aztecs will face off at Viejas Arena in the 1st round of NIT Tournament this Tuesday night.

The 7-seed IPFW Mastodons had an outstanding season finishing their season with a 24-9 overall record and although they did earn themselves the 1-seed in the Summit League Championship, couldn’t punch their ticket to the NCAA Tournament after allowing the North Dakota State Bison to come back from an 18-point, 2nd half deficit in the semifinals to defeat them by a 69-68 margin in the semifinals of the conference tournament. IPFW has one of the better offensive attacks in the country as they ranked 26th in scoring offense and 6th in three-point FG%, even after losing second leading scoring Mo Evans (16.9 ppg, 3.7 rpg, 5.1 apg) for the season in early January. On the season, The Mastodons have been led by Max Landis (18.9 ppg, 2.0 rpg, 3.6 apg), John Konchar (13.1 ppg, 8.9 rpg, 2.7 apg, 2.0 spg), and Michael Calder (10.3 ppg, 3.9 rpg, 2.5 apg). Offensively, IPFW is averaging 80.2 ppg on 46.7% shooting from the field and 41.4% shooting from beyond the arc. The Mastodons average 10.5 three-pointers per game and have an assist/turnover ratio of 1.25. Defensively, IPFW is allowing their opponents to average 75.9 ppg on 45.8% shooting. The Mastodons have a rebound margin 2.2 and have a turnover margin of -0.8.

The San Diego State Aztecs couldn’t take care of business in the Mountain West finals, losing to the Fresno State Bulldogs, 68-63, and finished their regular season with a 25-9 record earning them a 2-seed in the NIT Tournament. San Diego State once again sported one of the best defenses in the country as they ranked 4th in scoring defense and 1st in defensive FG%, however, could really struggle scoring the basketball at time which was often the undoing of the Aztecs in their losses. On the season, San Diego State has been led by Trey Kell (12.6 ppg, 4.0 rpg, 1.6 apg), Jeremy Hemsley (12.4 ppg, 2.6 rpg, 1.9 apg), and Winston Shepard (11.2 ppg, 6.4 rpg, 2.8 apg). Offensively, San Diego State is averaging 68.1 ppg on 42.0% from the field and 31.9% shooting from beyond the arc. The Aztecs average 5.8 three-pointers per game and have an assist/turnover ratio of 0.85. Defensively, San Diego State is holding their opponents to an average of 60.3 ppg on 37.1% shooting. The Aztecs average 5.4 blocks per game and have a rebound margin of 5.7.

San Diego State finished the season with an impressive 13-4 record but as they averaged just 55.8 ppg in their 9 losses and for the fact I think the Mastodons will be able to put up some points on the tough Aztec defense, I think this is just too many points for San Diego State to cover. I’m taking IPFW and the points in this one.