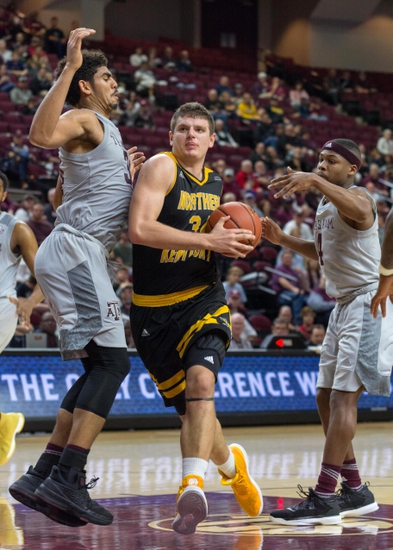 The Cleveland State Vikings and Northern Kentucky Norse will square off at Little Caesars Arena this Saturday night in the Quarterfinals of the Little Caesars Horizon League Men’s Championship.

The Northern Kentucky Norse finished their regular season with a 22-8 (15-3 Horizon) overall record and earned the top-seed in the Little Caesars Horizon League Men’s Championship after finishing conference play with an impressive 15-3 overall record. Northern Kentucky has been outstanding on both ends of the court this season and enter the conference tournament winners of 8 of their last 9 games. On the season, Northern Kentucky is averaging 78.3 ppg on 48.1% shooting from the field. The Norse are averaging 8.3 three-pointers per game on 35.2% shooting from beyond the arc. Offensively, Northern Kentucky has been Drew McDonald (16.7 ppg, 9.4 rpg, 2.2 apg), Lavone Holland II (13.7 ppg, 4.2 rpg, 4.4 apg, 1.1 spg), Carson Williams (12.4 ppg, 5.6 rpg, 1.2 apg, 1.0 spg), and Tyler Sharpe (6.8 ppg, 1.1 rpg). Defensively, Northern Kentucky is holding their opponents to an average of 65.2 ppg on 40.7% shooting from the field. The Norse have a rebound margin of 3.4 and a turnover margin of 2.2.

Northern Kentucky won both matchups against Cleveland State this season as the Norse won by a 70-55 margin at home in mid-January and by a 78-61 margin on the road in early February.

Cleveland State played better towards the end of the season which included an upset victory over Wright State, however, it was still a long year for the Vikings as they ranked just 284th in scoring offense and 262nd in scoring defense. Northern Kentucky, who won the conference championship last season, was outstanding on both sides of the ball this year and come into this matchup ranked 69th in scoring offense, T-27th in scoring defense, and 24th in defensive FG%. Cleveland State has been good ATS as of late however, as I think the Vikings offense is going to have a ton of rouble against the Northern Kentucky defense, I'm taking the Norse to cover this spread.