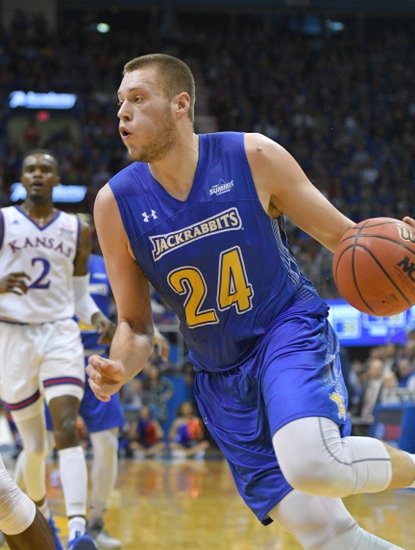 The South Dakota Coyotes and South Dakota State Jackrabbits will face off in the finals of the Summit League Men’s Championship this Thursday night at the Denny Sanford Premier Center.

This is going to be a great game tonight as they two teams were by far the best in the Summit League this season. South Dakota is the more balanced team as they can really get at you on both ends of the court however, South Dakota State has a ton of firepower on the offense end and will have the best player on the court in Mike Daum. I expect this game to come down to the wire however I just think the Jackrabbits offense and solid FT-shooting down stretch will be just too much for the Coyotes and South Dakota State gets their NCAA ticket punched. Take the Jackrabbits to win outright.

Please Note: Team/Player State currently doesn’t include the results from last night’s games for either team.