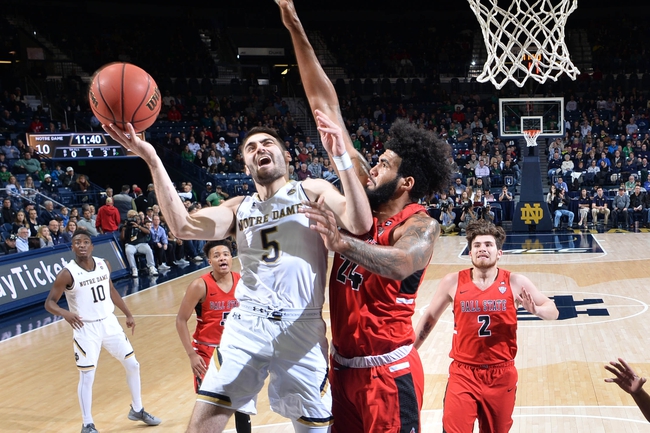 The Kent State Golden Flashes and Ball State Cardinals will face off at Quicken Loans Arena this Thursday afternoon in the quarterfinals of the MAC Men’s Tournament.

The Ball State Cardinals finished their regular season with an overall record of 19-12 and come into the Mac Men’s Tournament as the 4-seed after finishing conference play with a 10-8 record. Ball State showed everyone in the country that they were for real this season after defeating the 9th ranked Notre Dame Fighting Irish on the road in early December, however, the Cardinals have struggled as of late and enter the conference tournament riding a 3-game losing streak. Ball State has been solid on both ends of the court this season as the Cardinals currently rank 130th in scoring offense and 95th in defensive FG%. On the season, Ball State is averaging 75.4 ppg on 45.5% shooting from the field. The Cardinals are averaging 7.7 three-pointers per game on 34.0% shooting from beyond the arc. Offensively, Ball State has been led by Tyler Persons (14.9 ppg, 3.3 rpg, 4.3 apg), Tahjai Teague (11.9 ppg, 7.4 rpg, 1.2 apg, 1.2 spg), Trey Moses (11.3 ppg, 8.4 rpg, 2.1 apg), and Kyle Mallers (9.6 ppg, 4.7 rpg, 1.3 apg). Defensively, Ball State is allowing their opponents to average 73.7 ppg on 42.6% shooting from the field. The Cardinals have a rebound margin of 1.4 and a turnover margin of -1.3.

Kent State and Ball State split their regular season series as the Golden Flashes won an 88-80 (OT) matchup at home in late January while the Cardinals won by a 87-68 margin at home in early February.

Kent State has won 3 of their last 4 games, however, the Golden Flashes haven’t really excelled on either end of the court this season as the Golden Flashes currently rank just 191st in scoring offense and 206th in scoring defense. Ball State had a tough end to their regular season and have been awful ATS as of late, however, between the fact that I believe that the duo of Tyler Persons and Trey Moses will be too much for the Golden Flashes to handle and that Kent State has only three wins away from home this season, I think Ball State does enough in this one to cover this small spread.