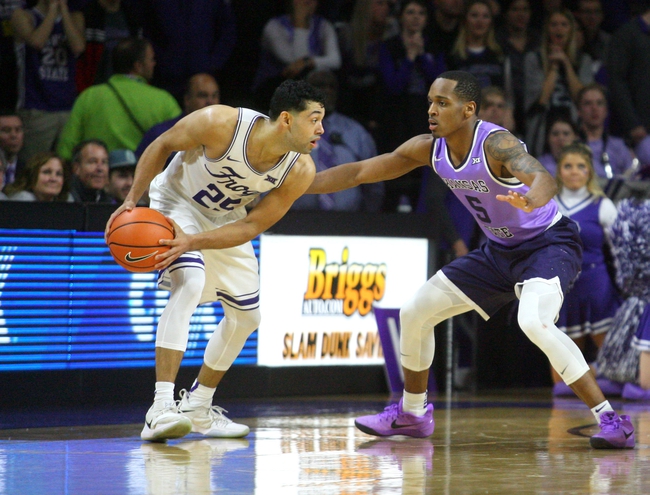 The TCU Horned Frogs and Kansas State Wildcats will square off at Sprint Center this Thursday afternoon in the quarterfinals of the Phillips 66 Big 12 Men’s Championship.

The TCU Horned Frogs finished their regular season with an overall record of 21-10 and earned the 5-seed in the Phillips 66 Big 12 Men’s Championship after finishing conference play with a 9-9 record. TCY stormed out of the gates this season, winning their first 12 games, however, the Horned Frogs struggled against the better teams they faced in conference play as they finished the season ranked just 2-6 against teams ranked in the top-25. TCU has been led by their offense that ranks 16th in scoring offense, 9th in FG%, 17th in 3P-FG%, and 2nd in assists per game. On the season, TCU is averaging 83.6 ppg on 50.0% shooting from the field. The Horned Frogs are averaging 8.5 three-pointers per game on 40.0% shooting from beyond the arc. Offensively, TCU has been led by Vladimir Brodziansky (15.2 ppg, 5.0 rpg, 1.1 apg), Desmond Bane (13.1 ppg, 4.0 rpg, 2.4 apg), Kenrich Williams (12.9 ppg, 9.3 rpg, 4.0 apg, 1.8 spg), and Alex Robinson (9.6 ppg, 2.9 rpg, 6.1 apg, 1.1 spg). Defensively, TCU is allowing their opponents to average 76.3 ppg on 45.9% shooting from the field. The Horned Frogs have a rebound margin of 6.5 and average 6.6 steals per game. TCU will be without Jaylen Fisher who is out for the season with a knee injury.

TCU and Kansas State split their regular season series as the Wildcats won by a 73-68 margin at home in mid-January while the Horned Frogs won by a 66-59 in late February.

TCU struggled a bit during the middle season after losing point guard, Jaylen Fisher, for the season, however, Alex Robinson has done a great job as of late and with the numerous offense weapons that the Horned Frogs have, TCU comes into this game playing some great basketball. Kansas State is a team that needs to perform on the defensive end to get some wins however, I just think that the TCU offense will be a bit too much for the Wildcats in this one and as Kansas State has been awful ATS in neutral site games as of late, I’m taking TCU to cover this small spread.