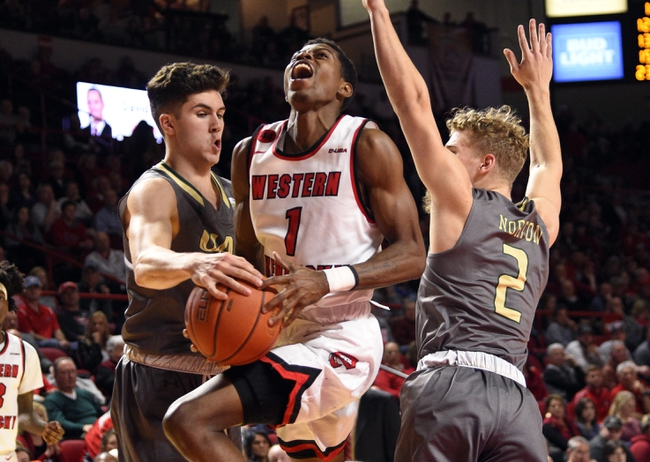 Out at Ford Center at the Star on Thursday evening, we’ve got Conference USA Tournament college basketball activity coming between the UAB Blazers and the Western Kentucky Hilltoppers.

UAB enters this game with a 20-12 record overall. The Blazers had a rough stretch with seven losses in 11 games, but have righted the proverbial ship with three straight wins—including Wednesday’s tournament game versus FAU.

In that 83-72 Florida Atlantic victory, UAB’s Zack Bryant put up 25 points and six rebounds. Chris Cokley also had a nice game for the Blazers, doubling up on 15 points and eight rebounds with a pair of blocks.

Over on the Western Kentucky side, they’re sitting at 22-9 on the season. The Hilltoppers have lost their last two games, and fell to UAB on Saturday 101-73. In that loss, Western Kentucky’s lead scorer was Justin Johnson with 18 points.

After a sketchy offensive run, UAB has put up 83 points or more in each of their last three games, and blew out Western Kentucky 101-73 back on Saturday. The season series between these teams is split, though, as the Hilltoppers put up a 77-69 victory on January 18. I’m not thrilled with WKU right now, as they’ve surrendered 183 points across their last two games. I’ll take the Blazers to cover here.