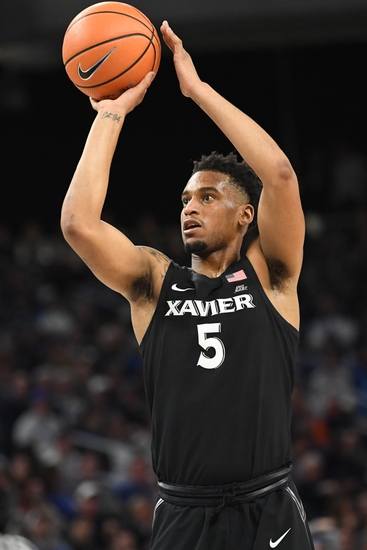 The St. John’s and 3rd ranked Xavier Musketeers will square off at Madison Square Garden this Thursday afternoon in the quarterfinals of the Big East Men’s Championship.

The 3rd ranked Xavier Musketeers finished their regular season with an overall record of 27-4 and earned the top-seed in the Big East Men’s Championship after finishing conference play with an impressive 15-3 record. Xavier was outstanding throughout the year with quality wins against Cincinnati, Seton Hall, Creighton, and Butler and come into the tournament winners of 12 of their last 13 games. Xavier was led by their explosive offense that currently ranks 10th in scoring offense, 14th in FG%, 77th in 3P-FG%, and 7th in FT%. On the season, Xavier is averaging 84.5 ppg on 49.6% shooting from the field. The Musketeers are averaging 7.9 three-pointers per game on 37.2% shooting from beyond the arc. Offensively, Xavier has been led by Trevon Bluiett (19.4 ppg, 5.6 rpg, 2.6 apg), J.P. Macura (12.4 ppg, 4.3 rpg, 3.0 apg, 1.3 spg), Quentin Goodin (9.0 ppg, 3.0 rpg, 5.0 apg), and Naji Marshall (8.4 ppg, 4.1 rpg, 1.5 apg). Defensively, Xavier is allowing their opponents to average 74.9 ppg on 43.4% shooting from the field. The Musketeers have a rebound margin of 7.0 and a turnover margin of -1.1.

Xavier won both matchups against St. John’s this season as the Musketeers won by a 88-82 margin at home in mid-January and by a 73-68 margin on the road at the end of January.

St. John’s has now won 6 of their last 9 games and has been great on the defensive end in creating turnovers as the Red Storm currently ranks 9th in steals and 5th in turnover margin. Xavier has one of the most explosive offenses in the country, however, the Musketeers can have struggled defensively as they rank just 245th in scoring defense and as the Red Storm has been able to keep both games close this season, I think St. John’s will be able to cover with the points in this one.

Please Note: The Team/Players stats for St. John’s are not updated with the results from their game against Georgetown on 3/7.