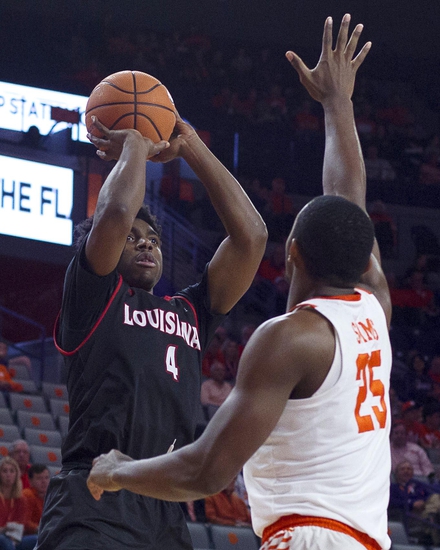 The Texas State Bobcats and Louisiana Ragin’ Cajuns will square off at Lakefront Arena this Friday afternoon in the quarterfinals of the Sun Belt Conference Men’s Championship.

The Louisiana Ragin’ Cajuns finished their regular season with an overall record of 26-5 and earned the top-seed in the Sun Belt Conference Men’s Championship with a conference record of 16-2. Louisiana had a head-scratching loss in their regular season finale at home against Little Rock, however, the Ragin’ Cajuns were outstanding throughout the year and picked up a nice win against Iowa at the beginning of the season. Louisiana has been led by their offense that ranks 13th in scoring offense, 74th in FG%, and 8th in assists per game. On the season, Louisiana is averaging 84.0 ppg on 46.8% shooting from the field. The Ragin’ Cajuns are averaging 8.7 three-pointers per game on 36.6% shooting from beyond the arc. Offensively, Louisiana has been led by Frank Bartley IV (17.4 ppg, 3.4 rpg, 2.0 apg, 1.3 spg), JaKeenan Gant (14.7 ppg, 6.2 rpg, 1.0 apg, 2.5 bpg), Bryce Washington (10.6 ppg, 10.7 rpg, 2.1 apg, 1.3 spg), and Johnathan Stove (10.6 ppg, 3.1 rpg, 1.8apg). Defensively, Louisiana is allowing their opponents to average 70.9 ppg on 43.2% shooting from the field. The Ragin’ Cajuns have a rebound margin of 7.2 and a turnover margin of 1.4.

Louisiana defeated Texas State in both of their regular season matchups as the Ragin’ Cajuns won by an 80-55 margin on the road in late January while winning by a 73-63 margin at home in Mid-February.

Texas State snapped a 9-game losing streak with their win over Coastal Carolina and although their offense can really struggle putting up points, the Bobcats defense has been solid as Texas State ranks 26th in scoring defense and 64th in rebound margin. Louisiana has been pretty much unstoppable on the offensive end this season however, Texas State has a respectable 8-10 record in games away from home this season, and Texas State was competitive in some tough games against Georgia Southern and UT Arlington down the stretch, I think the Bobcats will do enough in this one to cover with the points.