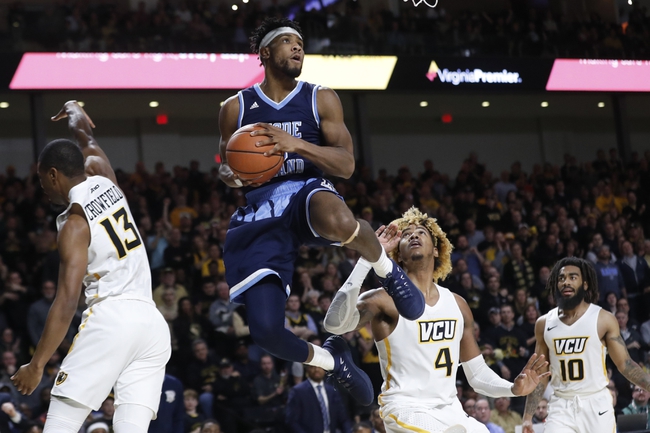 The VCU Rams and 25th ranked Rhode Island Rams will square off at Capital One Arena this Friday afternoon in the quarterfinals of the A-10 Men’s Championship.

The 25th ranked Rhode Island Rams finished their season with an overall record of 23-6 and earned the top-seed in the A-10 Men’s Championship after finishing conference play with an overall record of 15-3. Rhode Island was outstanding for most of the season, winning 16 straight games at one point, however, the Rams struggled a bit down the stretch losing 3 of their last 5 games including an embarrassing 30-point loss at home against Saint Joseph’s. Rhode Island as been led by their defense this season which ranks 56th in scoring defense, 22nd in steals per game, and 2nd in turnover margin. On the season, Rhode Island is averaging 76.4 ppg on 46.4% shooting from the field. The Rams are averaging 6.4 three-pointers per game on 33.8% shooting from beyond the arc. Offensively, Rhode Island has been led by Jared Terrell (17.8 ppg, 3.3 rpg, 2.4 apg, 1.6 spg), E.C. Matthews (12.9 ppg, 3.7 rpg), Stanford Robinson (9.6 ppg, 5.6 rpg, 1.8 apg, 2.3 spg), and Jeff Dowtin (9.2 ppg, 3.0 rpg, 5.5 apg, 1.1 spg). Defensively, Rhode Island is holding their opponents to an average of 67.6 ppg on 45.1% shooting from the field. The Rams have a rebound margin of 0.4 and a turnover margin of 5.4.

Rhode Island defeated VCU by a 81-68 margin on the road in early February in the two teams only matchup up the season.

VCU picked up a nice comeback victory against Dayton to stay alive in the A-10 Tournament, however, VCU hasn’t had a great year largely due to their defense that ranks just 243rd in scoring defense and 248th in defensive FG%. Rhode Island struggled down the stretch however, this is a team that can beat you on both ends of the court as to go along with the Rams solid defense, Rhode Island is ranked in the top-100 in both scoring offense and FG%. Rhode Island struggled down the stretch but I feel that was just more do the fact they had the A-10 regular season championship and as this is an experienced team that had no trouble against VCU on the road this season, I’m taking Rhode Island to cover this spread.