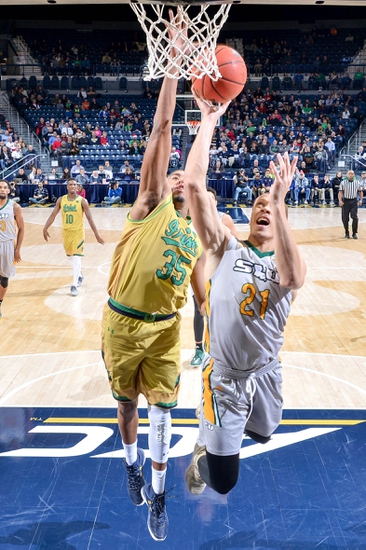 The Sam Houston State Bearkats and SE Louisiana Lions will face off at the Leonard E. Merrell Center this Friday night in the semifinals of the Southland Men’s Tournament.

The SE Louisiana Lions finished their regular season with an overall record of 21-10 and earned the top-seed in the Southland Men’s Tournament after finishing conference play with a record of 15-3. SE Louisiana come into the Southland Men’s Tournament on an 8-game winning streak which included an impressive 69-57 win against the Nicholls Colonels in their regular season finale which gave the Lions the top-seed in the conference tournament. SE Louisiana has been led by their defense this season which currently ranks 81st in scoring defense and 96th in turnover margin. On the season, SE Louisiana is averaging 72.6 ppg on 45.5% shooting from the field. The Lions are averaging 7.5 three-pointers per game on 35.7% shooting from beyond the arc. Offensively, SE Louisiana has been led by Jordan Capps (13.7 ppg, 4.3 rpg, 1.0 bpg), Marlain Veal (12.6 ppg, 5.3 rpg, 6.1 apg, 2.1 spg), Moses Greenwood (10.3 ppg, 5.8 rpg, 1.0 bpg), and Eddy Polanco (8.0 ppg, 3.3 rpg, 1.5 apg). Defensively, SE Louisiana is allowing their opponents to average 68.7 ppg on 43.3% shooting from the field. The Lions have a rebound margin of -0.5 and a turnover margin of 1.2.

Sam Houston State won their only matchup against SE Louisiana this season, defeating the Lions by a 75-65 margin at home in late January.

Sam Houston State has won 3 of their last 5 games and has been led by their defense that ranks 55th in scoring defense, 107th in defensive FG%, and 78th in rebound margin. SE Louisiana has been playing some of their best basketball of the season, however, the Lions can struggle on the offensive end at times as they rank just 214th in scoring offense. Se Louisiana is a good team, however, I think that Sam Houston State defense is going to give the Lions some trouble, and as I think the Bearkats will be able to keep it close late as the Lions really struggle at the FT-line, I’m taking Sam Houston State and the points.