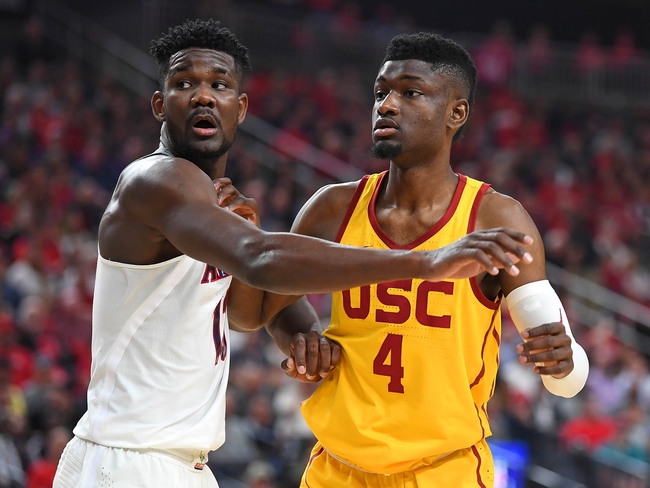 From Galen Center on Tuesday, the UNC Asheville Bulldogs and the USC Trojans will be meeting up in the NIT in college basketball action.

UNC Asheville enters this one with a 21-12 record overall. The Bulldogs have lost two of their last three games, and dropped their last appearance to Liberty back on March 2. In that game, UNC Asheville’s Macio Teague and Raekwon Miller each had 19 points.

Ahmad Thomas is the leading scorer for the Bulldogs this year with 16.6 PPG and 5.7 RPG. Close behind is Teague, with 16.5 PPG, and Miller is also in double-figures for UNC Asheville with 10.9 PPG.

Over on the USC side, they’re sitting at 23-11 on the year. The Trojans have lost two of their last four games, and dropped to Arizona back on Saturday. In that game, USC’s leading scorer was forward Nick Rakocevic with 13 points.

UNC Asheville had a nice little run going in January and February, losing just one game in an 11-game span. the Bulldogs have kind of faltered a little bit lately, though, and aren’t scoring consistently. USC needs to ditch the shock of an NCAA Tournament snub and get back to business, as they’ve put up just 61 points in two of their last three. All in all, I think UNC Asheville’s offense is good enough to keep pace here.