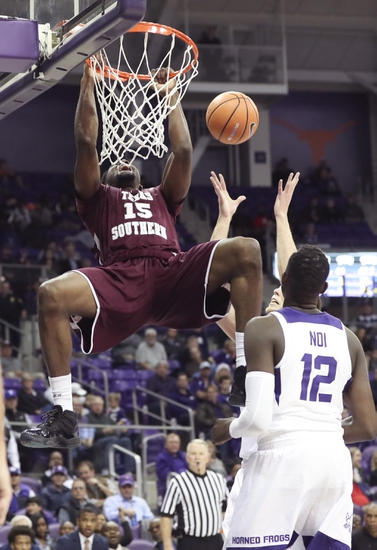 The Texas Southern Tigers and North Carolina Central Eagles will square off at University of Dayton Arena this Wednesday night in a First Four matchup of the NCAA Tournament.

Texas Southern had a brutal non-conference schedule to start the season in which the Tigers started the season with 13 consecutive losses, however, the Tigers once again had success in the SWAC as they come into this matchup with 7 straight wins. The Tigers can give up some points as they rank just 329th in scoring defense, however, they have been solid on the offensive end as they rank t-74th in scoring offense. North Carolina Central who entered the MEAC as the 6-seed was able to punch their ticket to the NCAA’s with a strong run the conference tournament and has been led by their defense that ranks 100th in scoring defense, 57th in defensive FG%, and 44th in rebound margin. North Carolina Central has some great depth, however, the Eagles can have trouble turning over the ball and as Texas Southern has been playing some of their best basketball as of late, along with the fact they’ve faced top-tier competition this season, I think Texas Southern will be able to do enough to cover this spread.