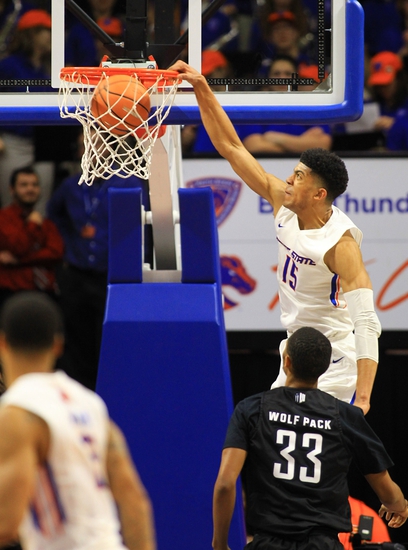 The Boise State Broncos will travel to Alaska Airlines Arena to take on the Washington Huskies this Wednesday night in the 1st round of the NIT Tournament.

Boise State, although having the higher seed, must go on the road to face Washington as their home court (Taco Bell Arena) is being used for the NCAA Tournament. Boise State, despite being knocked off by Utah State, is still a very dangerous team that has gotten down this year on both sides of the ball as the Broncos rank 64th in scoring offense and 86th in scoring defense. Washington has been average on both sides of the ball this season as they rank just 161st in scoring offense and 178th in scoring defense, however, they can do a good job causing turnovers as they Huskies currently rank 22nd in blocks per game and 17th in steals per game. Washington was an impressive 15-4 at home this season, however, this Boise State is a solid club led by an outstanding player in Chandler Hutchison, and as I think the Broncos defense will be able to have some success against the Huskies, I'm going to take Boise State and the point in this one.