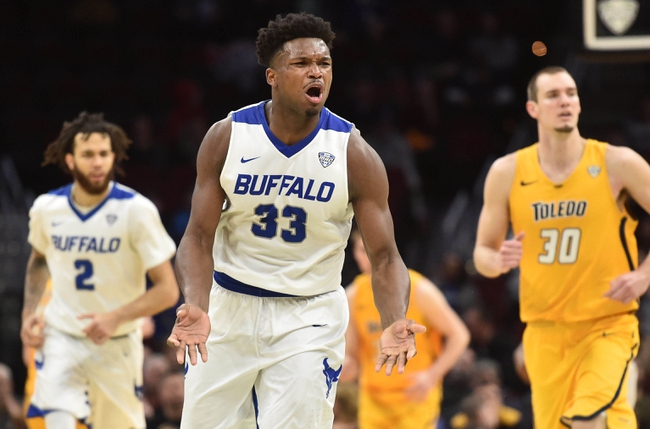 The Buffalo Bulls and Arizona Wildcats will square off at Taco Bell Arena this Wednesday night in in the 1st round of the NCAA Tournament.

Buffalo has won their last 6 games and has one of the more dangerous offenses in the country as the Bulls come into this game ranked 7th in scoring offense, 43rd in FG%, and 29th in three-pointers made per game. Arizona has also been led by their offense this season as they Wildcats currently rank 41st in scoring offense, 4th in FG%, and 8th in rebound margin. Arizona has probably the best player in the college basketball right now in Deandre Ayton who had been incredible as of late and will give Buffalo a ton of trouble down low, however, Buffalo is a very talented offensive team that has many weapons and as I was encouraged by some of the Buffalo performances on the defensive in the MAC tournament, I think Buffalo will be able to keep this one close enough to cover with the points.