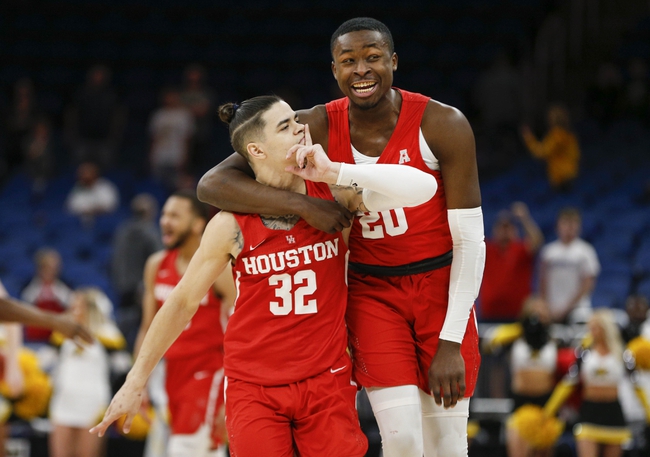 The San Diego State Aztecs and Houston Cougars will square off at Intrust Bank Arena this Thursday night in 1st round of the NCAA Tournament.

The Houston Cougars had an incredible season, finishing the year with an overall record of 26-7 (14-4 AAC), and although they fell just short in the AAC Championship against the Cincinnati Bears, the Cougars still earned an at-large bid and come into the NCAA Tournament as a 6-seed. After defeating Wichita State in the AAC semifinals, Houston couldn’t bring home the AAC Championship after being defeated by the Cincinnati by a 56-55 margin this past Sunday. With game tied at 55-all in the closing seconds, Cincinnati’s Gary Clark was able to sink 1 of  2 FT’s with just 4 seconds left in regulation to give the Bearcats a 1-point victory. Houston shot just 34.5% from the field and 30.4% (7-23) from beyond the arc in the loss. Leading the way for the Cougars was Rob Gray who had 17 points, 5 rebounds, 3 assists, and a steal. On the season, Houston is averaging 77.4 ppg on 46.6% shooting from the field. The Cougars are averaging 8.6 three-pointers per game on 38.7% shooting from beyond the arc. Offensviely, Houston has been led by Rob Gray (18.5 ppg, 3.3 rpg, 4.5 apg, 1.2 spg), Corey Davis Jr. (13.5 ppg, 3.1 rpg, 2.5 apg, Devin Davis (10.8 ppg, 6.2 rpg, 1.3 apg), and Armoni Brooks (9.8 ppg, 3.6 rpg). Defensively, Houston is holding their opponents to an average of 64.9 ppg on 39.6% shooting from the field. The Cougars have a rebound margin of 6.9 and a turnover margin of 1.1.

San Diego State is playing some of their best basketball of the season as of late and has been solid on both sides of the ball this season as they Aztecs rank t-78th in scoring offense and t-61st in scoring defense. Houston has one of the best players in the country in Rob Gray and has also been tough on both ends of the court as the Cougars rank 80th in scoring offense and t-22nd in scoring defense. This is one of the tougher 1st round games to call as I can see both teams winning this one, however, as San Diego State will look to push the tempo against the Cougars which will result in a higher scoring game than what their defensive rankings suggest, I do think there is solid play on taking the over in this one. Take the over and root for the points!