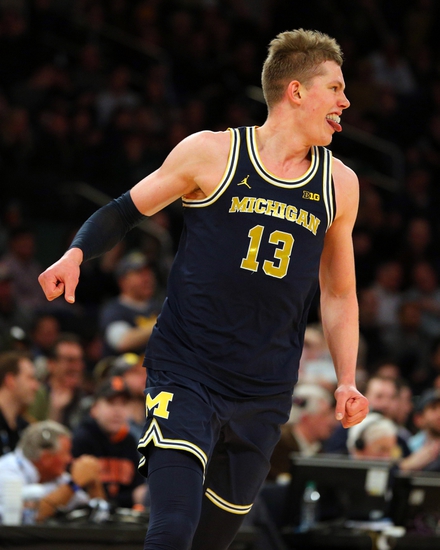 The Montana Grizzlies and Michigan Wolverines will square off at Intrust Bank Arena this Thursday night in the 1st round of the NCAA Tournament.

The 3-seed Michigan Wolverines (28-7; 13-5 Big-10) was outstanding down the stretch of the regular season and showed the college basketball world that they have the ability to make a deep run in the NCAA Tournament after back to back wins against Michigan State and Purdue secure the Big-10 Championship for the Wolverines. Michigan didn’t have much trouble in their 75-66 victory in the Big-10 Championship over Purdue as the Wolverines led by a 38-33 margin at halftime and pulled away after taking a 66-48 lead with just 6:05 left in regulation. Michigan shot 50.0% from the field and committed just 5 turnovers in the victory. Leading the way for the Wolverines was Moritz Wagner who had 17 points, 2 rebounds, 1 assist, and 1 steal in just 17 minutes of playing time. On the season, Michigan is averaging 74.5 ppg on 47.1% shooting from the field. The Wolverines are averaging 9.1 three-pointers per game on 36.9% shooting from beyond the arc. Offensively, Michigan has been led by Moritz Wagner (14.5 ppg, 7.1 rpg), Muhammad-Ali Abdur-Rahkman (12.6 ppg, 3.9 rpg, 3.3 apg), Charles Matthews (12.6 ppg, 5.4 rpg, 2.6 apg), and Duncan Robinson (9.6 ppg, 2.6 rpg, 1.1 apg). Defensively, Michigan is holding their opponents to an average 63.5 ppg on 43.0% shooting from the field. The Wolverines have a rebound margin of 0.7 and a turnover margin of 3.7.

Montana dominated the Big Sky conference this season and has been solid on both ends of the court as they Grizzlies currently rank 68th in scoring offense and 80th in scoring defense. Michigan has looked like one of the best basketball teams in the country over the last month and has been led by their defense that ranks 9th in scoring defense. Montana is a good team that might be able to keep this one interesting early, however, the Wolverines just have too much talent on both ends of the floor and as I really like the duo of Moritz Wagner and Charles Matthews, I think Michigan pulls away in the 2nd half and covers this double-digit spread. Take Michigan to cover.