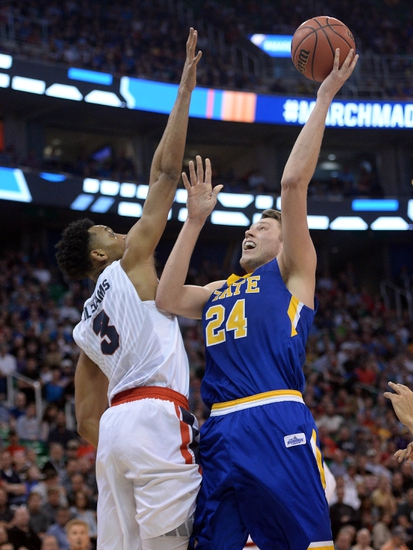 The South Dakota State Jackrabbits and Ohio State Buckeyes will square off at Taco Ball Arena this Thursday afternoon in the 1st round of the NCAA Tournament.

South Dakota State is a team that certainly no one should sleep on as the Jackrabbits have an explosive offense that ranks 6th in scoring offense and 12th in 3P-FG% and has one of the better stretch-big man in College Basketball in Mike Daum. Ohio State has been solid this season on both ends of the court as the Buckeyes currently rank 42nd in scoring defense, 24th in FG%, and 50th in defensive FG%. Ohio State has had a great season, however, they have lost 3 of their last 5 games, and as the Jackrabbits have the offensive ability to put up plenty of points on the board, I think the play in this one is to take South Dakota State and the points.