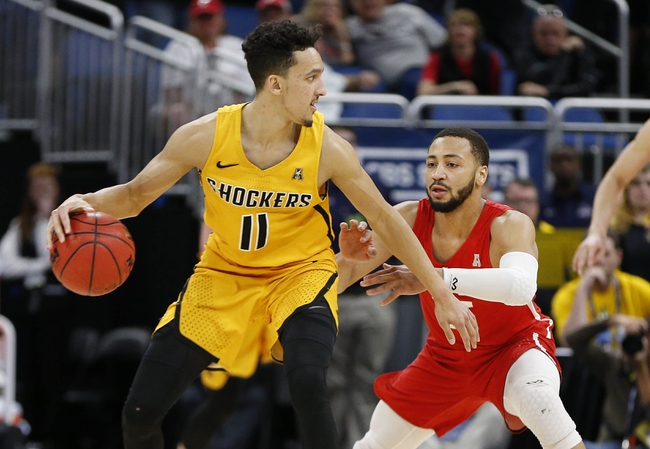 The Marshall Thundering Herd and Wichita State Shockers will square off at Viejas Arena this Friday afternoon in 1st round action of the NCAA Tournament.

The Wichita State Shockers couldn’t secure the AAC Championship after losing to the Houston Cougars, 77-74, in the semifinals, however, the Shockers still had an outstanding season posting a 25-7 (14-4 AAC) record and earning a 4-seed in the NCAA Tournament as an at-large bid. Wichita State battle Houston in a back and forth game late in the 2nd half in the AAC Championship, however, couldn’t force overtime after Landry Shamet’s game-tying three-point attempt came up short at the buzzer. Wichita State shot just 41.1% from the field and 33.3% (6-18) from beyond the arc in the loss. Leading the way for the Shockers was Landry Shamet who had 19 points, 3 rebounds, 4 assists, and a steal. On the season, Wichita State is averaging 83.0 ppg on 47.8% shooting from the field. The Shockers are averaging 9.1 three-pointers per game on 38.5% shooting from beyond the arc. Offensively, Wichita State has been led by Landry Shamet (15.0 ppg, 3.2 rpg, 5.1 apg), Shaquille Morris (14.0 ppg, 5.5 rpg, 1.4 apg, 1.6 bpg), Darral Willis Jr. (10.4 ppg, 6.0 rpg, 1.0 apg), and Conner Frankamp (10.1 ppg, 1.8 rpg, 2.3 apg). Defensively, Wichita State is allowing their opponents to average 71.3 ppg on 41.9% shooting from the field. The Shockers have a rebound margin of 9.8 and average 3.9 blocks per game.

Marshall relies on their fast paced offense to put a lot points on the board as the Thundering Herd come into this matchup ranked 12th in scoring offense, 65th in FG%, and 22nd in three-pointers made per game. Wichita State also has an outstanding offense and come into this game ranked 19th in scoring offense, 33rd in the FG%, and 3rd in rebounds per game. Marshall has dangerous offense however, Wichita State should be able to put up plenty of points against Marshall’s 321st ranked defense and as the Shockers will have a huge advantage on the boards in this one, I’m taking Wichita State to pull away in the 2nd half and cover this spread.