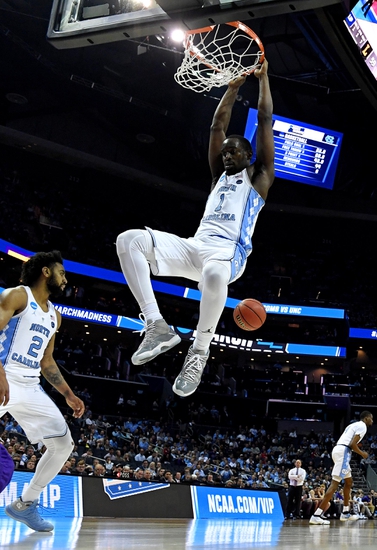 The Texas A&M Aggies and North Carolina Tar Heels will square off at the Spectrum Center this Sunday night in 2nd round action of the NCAA Tournament.

Texas A&M had an up and down season however, have won 4 of their last 5 games and has been led by their defense that ranks T-105th in scoring defense, 16th in defensive FG%, and 5th in blocks per game. North Carolina showed how dangerous a team they can be with their wins against Miami and Duke in the ACC Tournament and has been led by their offense this season that ranks 26th in scoring offense, 99th in FG%, 4th in assists per game, and 2nd in rebound margin. Texas A&M has a great duo in Tyler Davis and Robert Williams, however, the North Carolina is one of the few teams in the country that can challenge the Aggies on the boards and as I just think the Tar Heels offense will be able to find answers against the Aggies defense, I’m taking North Carolina to cover this spread.