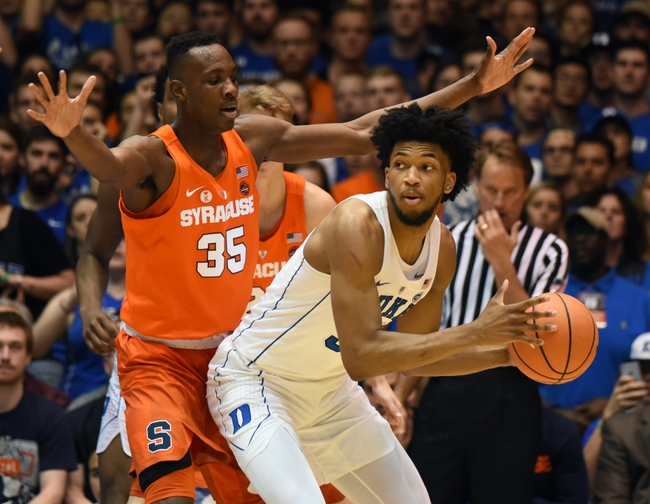 The Syracuse Orange and Duke Blue Devils will square off at the CenturyLink Center Omaha this upcoming Friday in the Sweet 16 of the NCAA Tournament.

Duke beat Syracuse in their only matchup of the season after winning by a 60-44 margin at home against the Orange in late February.

Syracuse has been winning games by slowing down the pace and playing outstanding defense and comes into this matchup ranked 10th in scoring defense and 5th in defensive FG%. Duke has agreeably looked like the best team in the tournament so far as they’ve easily been able to handle both Iona and Rhode Island and has been led by their dynamic offense that ranks 6th in scoring offense, 9th in FG%, and 9th in rebound margin. Syracuse is playing some of their best defense of the year so far in their three wins in the NCAA Tournament, however, Duke seems to be running on all cylinders currently and as I think the lack of depth and poor shooting will finally catch up to the Orange in this one, I see Duke  covering this double-digit spread.