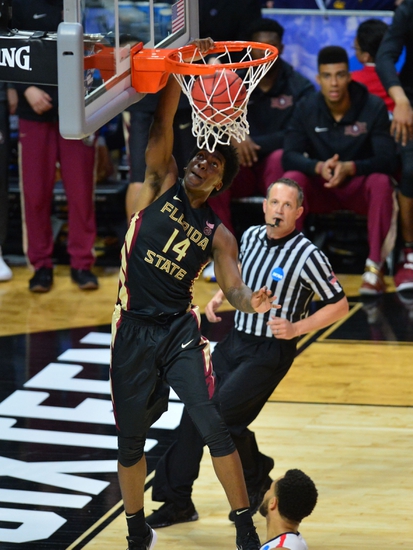 The Florida State Seminoles and Michigan Wolverines will square off at the Staples Center this Saturday in the Elite 8 of the NCAA Tournament.

Florida State has one of the better ranked offenses in the country as they rank 36th in scoring offense and 51st in FG%, however, the Seminoles success in the NCAA Tournament has been led by their defense which has held three of the higher scoring teams in the NCAA Tournament (Missouri, Xavier, and Gonzaga) to an average of just 61.3 ppg. Michigan needed a miracle to advance by Houston but reminded everyone that they have the ability to win it all with their dominating performance against Texas A&M. On the season, Michigan has been led by their defense that ranks 9th in scoring defense and 97th in defensive FG%. Michigan looked more like the team we saw in the Big 10 Tournment in their victory againast Texas A&M however, Florida State's defense is playing incredible at the moment and as I think the Seminoles will be able to give the Wolverines offense some trouble, I'm taking Florida State and the points.