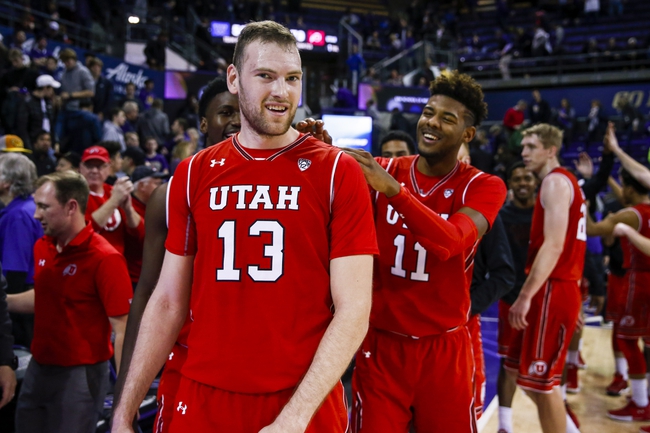 We have some NIT semifinals action on tap on Tuesday night as the Western Kentucky Hilltoppers take on the Utah Utes in a college basketball matchup at Madison Square Garden.

The Western Kentucky Hilltoppers will look to advance to the NIT title game after escaping with a 92-84 victory over Oklahoma state in their last outing. Taveion Hollingsworth led Western Kentucky with 30 points on 9 of 17 shooting with 4 threes and 8 rebounds, while Lamonte Bearden added 19 points and a team-high 6 assists and Dwight Coleby chipped in 16 points with a game-high 13 rebounds and 3 blocks for the double-double. Darius Thompson added 11 points and Justin Johnson chipped in 10 points to round out the scoring in double digits for the Hilltoppers in the win. Johnson leads Western Kentucky with an average of 15.5 points and 9.4 rebounds per game while Thompson is the Hilltoppers’ top assist man, dishing out 4.7 assists per game this season. As a team, Western Kentucky is scoring 78.8 points per game while owning the 8th-best field goal percentage in the nation at 49.7% from the field in addition to a 35.3% mark from behind the arc and 71.6% from the foul line this season.

The Utah Utes punched their ticket to the NIT semis thanks to a 67-58 victory over St. Mary’s in their last outing. Sedrick Barefield led Utah with 19 points on 7 of 15 shooting with 5 threes and a team-high 4 assists while Tyler Rawson came 2nd with 17 points on 6 of 8 shooting with 5 threes of his own along with a team-high 7 rebounds while Justin Bibbins added 10 points with a pair of steals to round out the trio of double digit scorers for the Utes in the victory. Bibbins leads Utah by averaging 14.6 points and 4.7 assists per game this season, while Rawson is the Utes’ leading rebounder with 6.9 rebounds per game this season. As a team, Utah is scoring 73.8 points per game on 46.1% shooting from the field, 37% from behind the 3-point line and 75.9% from the foul line this season.

Utah was definitely impressive, going on the road to Saint Mary’s and shutting down one of the toughest offenses in the country. However a lot of Utah’s NIT games were at home, while Western Kentucky was no stranger to going on the road and not only covering, but winning games outright. I was a little bit surprised to see Western Kentucky as a favorite, but the line is low enough that if you take the points, you're basically banking on Utah to win outright, and I simply think Western Kentucky is the team to beat out of the 4 left, so I'll lay the bucket with the Hilltoppers here.