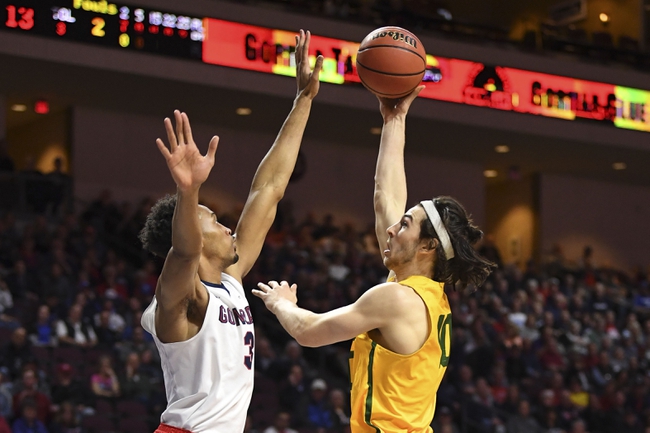 The San Francisco Dons and the North Texas Mean Green square off in game 2 of the CBI from the UNT Coliseum on Wednesday night.

The San Francisco Dons will look to close out the CBI in a sweep after taking game one by a final score of 72-62 on Monday. Chase Foster and Jordan Ratinho tied for the team-high with 17 points each, with Foster shooting 6 of 15 with 3 threes, 10 rebounds and 6 assists while Ratinho added 5 triples and a pair of steals. Frankie Ferrari came 2nd with 13 points and a team-high 9 assists while Matt McCarthy and Nate Renfro each chipped in 10 points to round out the scoring in double figures for San Francisco in the win, with McCarthy adding a team-high 11 rebounds while Renfro chipped in 8 boards and 4 blocks. Ferrari leads San Francisco with an average of 11.3 points and 4.5 assists per game while McCarthy is the Dons’ top rebounder with 5.8 rebounds per game this season. As a team, San Francisco is scoring 69 points per game on 42.4% shooting from the field, 33.8% from behind the arc and 67.9% from the foul line this season.

The North Texas Mean Green will look to bounce back and even up the series after dropping game one on Monday. Roosevelt Smart led the Mean Green with 15 points on 6 of 16 shooting with 3 threes while Michael Miller and Ryan Woolridge each contributed 12 points, with Miller adding 5 rebounds and a pair of steals while Woolridge led the team with 3 assists and a pair of steals of his own. Zachary Simmons added 10 points and a whopping 22 rebounds for a monstrous double-double to finish off the scoring in double figures for North Texas in the losing effort. Smart leads North Texas in scoring with 19.4 points per game while Woolridge leads North Texas with an average of 5.7 assists and 5.2 rebounds per game this season. As a team, North Texas is scoring 74.2 points per game on 45.1% shooting from the field, 36% from behind the arc and 65.2% from the foul line this season.

San Francisco did a good job locking down the Mean Green at home and I thought North Texas would be coming home to try to lock up the CBI title but I got that wrong in game one. North Texas however was putting up at least 90 points in each of their first 3 tournament games, and San Francisco has struggled at times away from home, so I'll lay the bucket with North Texas to force a deciding game 3 with a win and cover on Wednesday.